Later this month, on July 15th Fisher Space Pen Co., will participate in the third annual Made in America Product Showcase at the White House.

Fisher Space Pen Co. is a family-owned company and its products are proudly made in America. The iconic Astronaut Space Pen(R), created by Paul C. Fisher has flown on every crewed space mission since Apollo 7 and recently celebrated the 50th Anniversary of its AG7 Astronaut Space Pen’s maiden flight aboard NASA’s Apollo 7 on October 11, 1968. The Fisher Space Pen brand has become an iconic symbol of American technology and design. Watch ABC World News Tonight story.

“We are excited to once again host businesses from all 50 states at the White House to highlight and celebrate American-made products,” a White House official said. “In today’s booming economy, President Trump and his Administration are proud to tout businesses that create jobs and support our local communities.”

“We are grateful and excited for this opportunity to showcase the revolutionary Fisher Space Pen products,” says Cary Fisher, President of Fisher Space Pen and son of Paul C. Fisher. “Our products are a symbol of American ingenuity and technology. They are Made in America but are known and loved all over the world and in space.”

Businesses from each of the 50 states have been invited to display their products made and produced in the United States.  Fisher Space Pen plans to showcase a collection of its American-made products during the event. 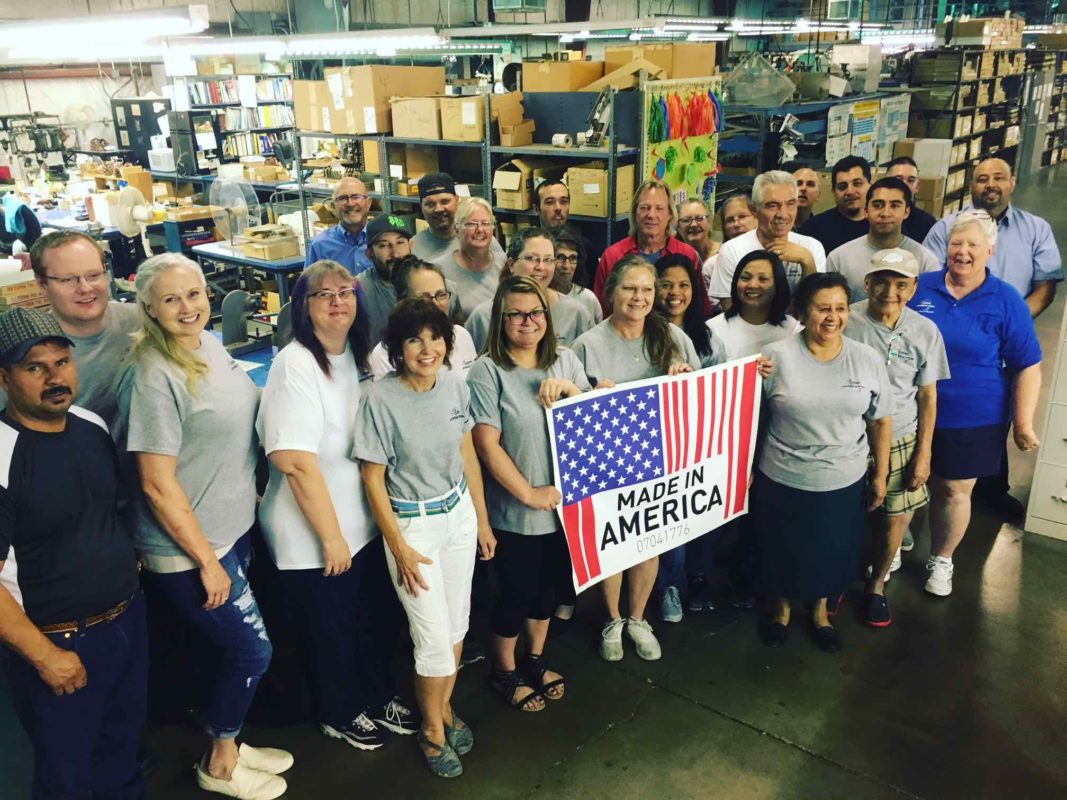 Remember how Chilly Jilly's first started? In that tiny little location across … END_OF_DOCUMENT_TOKEN_TO_BE_REPLACED

In an effort to help folks who may not feel safe venturing to the grocery store, … END_OF_DOCUMENT_TOKEN_TO_BE_REPLACED

We are celebrating Mother's Day and showcasing lots of items for gifts. Purses, … END_OF_DOCUMENT_TOKEN_TO_BE_REPLACED

The Beauty Kitchen Boutique (501 Nevada Way, Suite 5) in Boulder City will be … END_OF_DOCUMENT_TOKEN_TO_BE_REPLACED