Fisher Space Pen Co. Partners with The Met Store to Create Two Special Edition Pens in Celebration of the Exhibition, Apollo’s Muse: The Moon in the Age of Photography

NEW YORK, NY (July, 2019) –  Fisher Space Pen Co., in collaboration with The Met Store, has created two special edition pens in celebration of the exhibition, Apollo’s Muse: The Moon in the Age of Photography. The show celebrates the 50th anniversary of the Apollo 11 moon landing and is on view at The Metropolitan Museum of Art through September 22, 2019.
“We are delighted to collaborate with The Met Store to bring these special pens to the public,” says Cary Fisher, President, Fisher Space Pen Co. “We are especially proud of the role and contributions of the Fisher Space Pen to space history for over 50 years.” 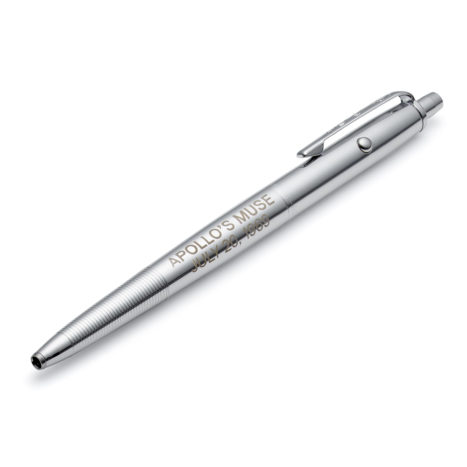 The Met x Fisher Original Astronaut Space Pen is derived from the original Fisher Space Pen first used on the Apollo 7 space mission in 1968 and on all manned space flights thereafter. Made in the US from solid brass and extremely hard chrome plating, the pen is able to write in zero gravity and works upside down, under water, over grease, and in extreme temperatures. It is especially engraved with The Met logo and exhibition title, and comes with a heavy, lined gift box. Click to shop. 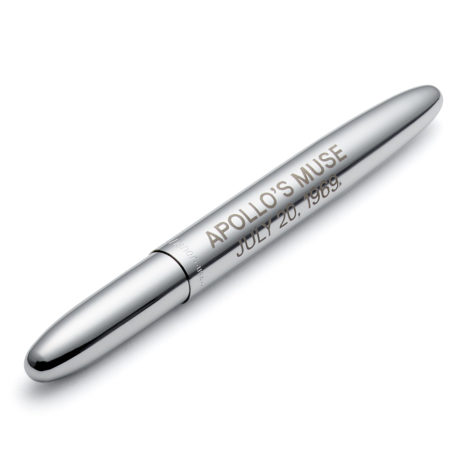 The Met x Fisher Bullet Space Pen is available in a matte black or chrome version of the classic writing implement designed in 1948.  Made in the US from brass, the pen has been cited as an outstanding example of timeless industrial design and is engraved with The Met logo and exhibition title as well. Shop Matte Black, Shop Chrome.

The pens are also available at The Met Store and Apollo’s Muse exhibition store. 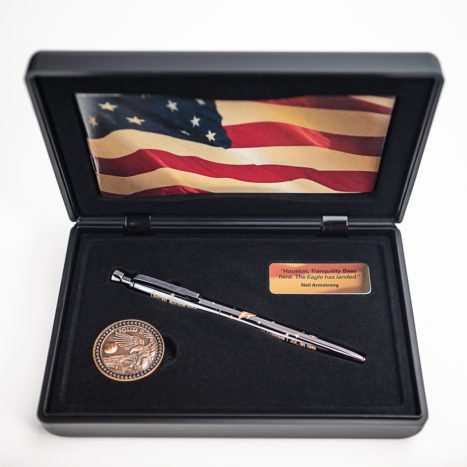 Fisher Space Pen Co. is a family-owned company and its products are proudly made in America. The company recently celebrated the 50th Anniversary of its AG7 Astronaut Space Pen’s maiden flight aboard NASA’s Apollo 7 on October 11, 1968. The Fisher Space Pen brand has become an iconic symbol of American technology and design.

Remember how Chilly Jilly's first started? In that tiny little location across … END_OF_DOCUMENT_TOKEN_TO_BE_REPLACED

In an effort to help folks who may not feel safe venturing to the grocery store, … END_OF_DOCUMENT_TOKEN_TO_BE_REPLACED

We are celebrating Mother's Day and showcasing lots of items for gifts. Purses, … END_OF_DOCUMENT_TOKEN_TO_BE_REPLACED

The Beauty Kitchen Boutique (501 Nevada Way, Suite 5) in Boulder City will be … END_OF_DOCUMENT_TOKEN_TO_BE_REPLACED