You are here: Home / Town Happenings / Audition Call To Be On National Television 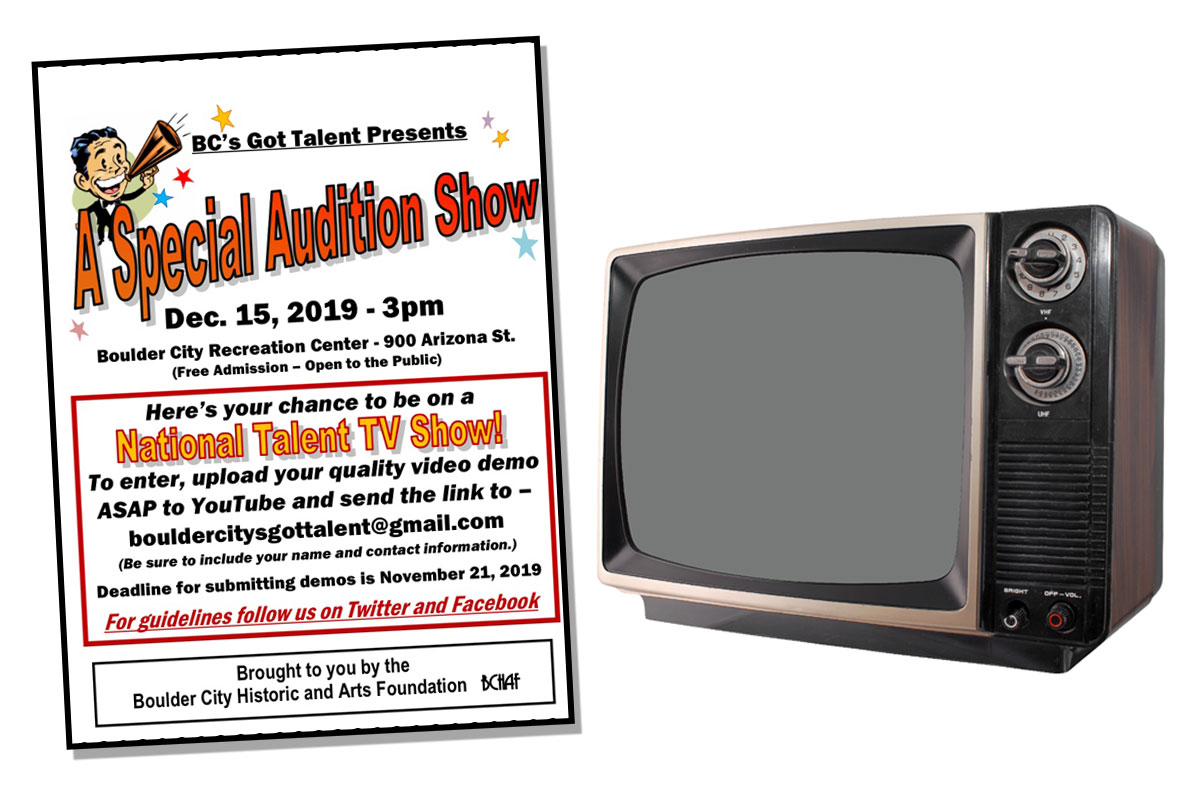 We most definitely know that Boulder City DOES have Talent!

So, here’s your chance to be on a nationally televised talent show! How did this come about? Ray Turner of the Boulder City History & Arts Foundation tells us they were contacted by the producers, asking if they could refer some folks for their show.

Mind you – you don’t need to be a BC resident to enter – this is open to everyone!

What they’ve decided is to put on a fresh audition here in town for those interested on December 15th at the Parks & Rec. Gymnasium at 3pm.

Now – this is important: those interested need to submit their Video Demo via YouTube by this Thursday, November 21st. Send it to the BCHAF email at: bouldercitysgottalent@gmail.com.

So if you’re interested, you’d better hurry up and get busy and get that demo turned in!

Dance Etc. will be reopening for in person classes on Monday, July 6th (2020). … END_OF_DOCUMENT_TOKEN_TO_BE_REPLACED

The Boulder Dam Brewing Co. will again be featuring live music both this and … END_OF_DOCUMENT_TOKEN_TO_BE_REPLACED

The Homestead of Boulder City located at 1401 Medical Park Drive on Saturday, … END_OF_DOCUMENT_TOKEN_TO_BE_REPLACED