You are here: Home / Town Happenings / The Clampers, BC Historical Sites, Part 5 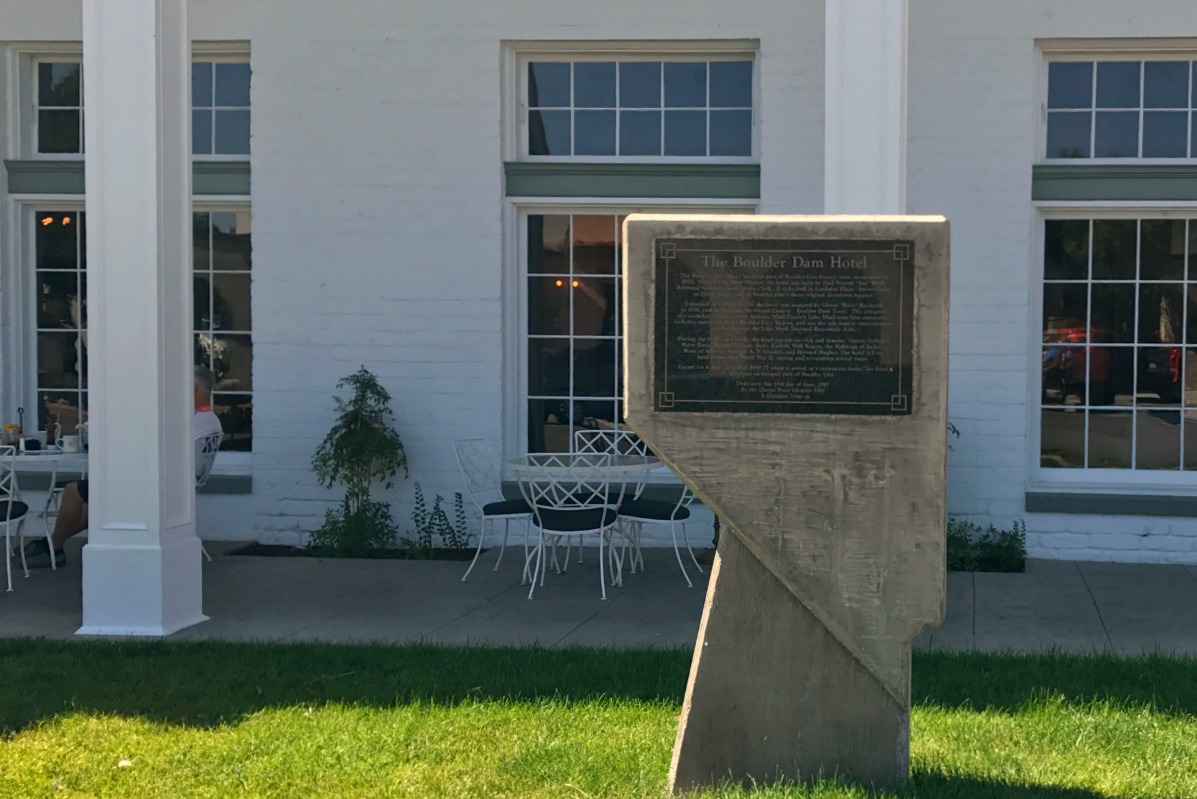 The Boulder Dam Hotel has a rich and storied past here in Boulder City, and has been here since its original construction back in 1933. Back then, the area we know as Hotel Plaza was called Cardenas Plaza, named after García López de Cárdenas, who was part of the original Fransisco Coronado expedition. Cardenas is credited as being the first European to lay eyes on the Grand Canyon, when he took a little side trip from their travels through Arizona and New Mexico. (The Coronado expedition was looking for a famed ‘City of Gold’ they believed existed. They never found that, but along the way they did chart an amazing amount of land in the American West.)

Returning to the Hotel – it expanded in 1934-35 when it came under new ownership, and then was merged with the Grand Canyon – Boulder Dam Tours company. This went on to become a series of tour operations and also included at that time the Boulder City Airport.

Over the years the hotel has hosted some of the rich and famous, such as Howard Hughes, Bette Davis, Will Rogers and others. Overall, it’s been an ongoing Hotel operation with the exception of only a few years between 1969-73 where it functioned as a retirement home.

Remember how Chilly Jilly's first started? In that tiny little location across … END_OF_DOCUMENT_TOKEN_TO_BE_REPLACED

In an effort to help folks who may not feel safe venturing to the grocery store, … END_OF_DOCUMENT_TOKEN_TO_BE_REPLACED

We are celebrating Mother's Day and showcasing lots of items for gifts. Purses, … END_OF_DOCUMENT_TOKEN_TO_BE_REPLACED