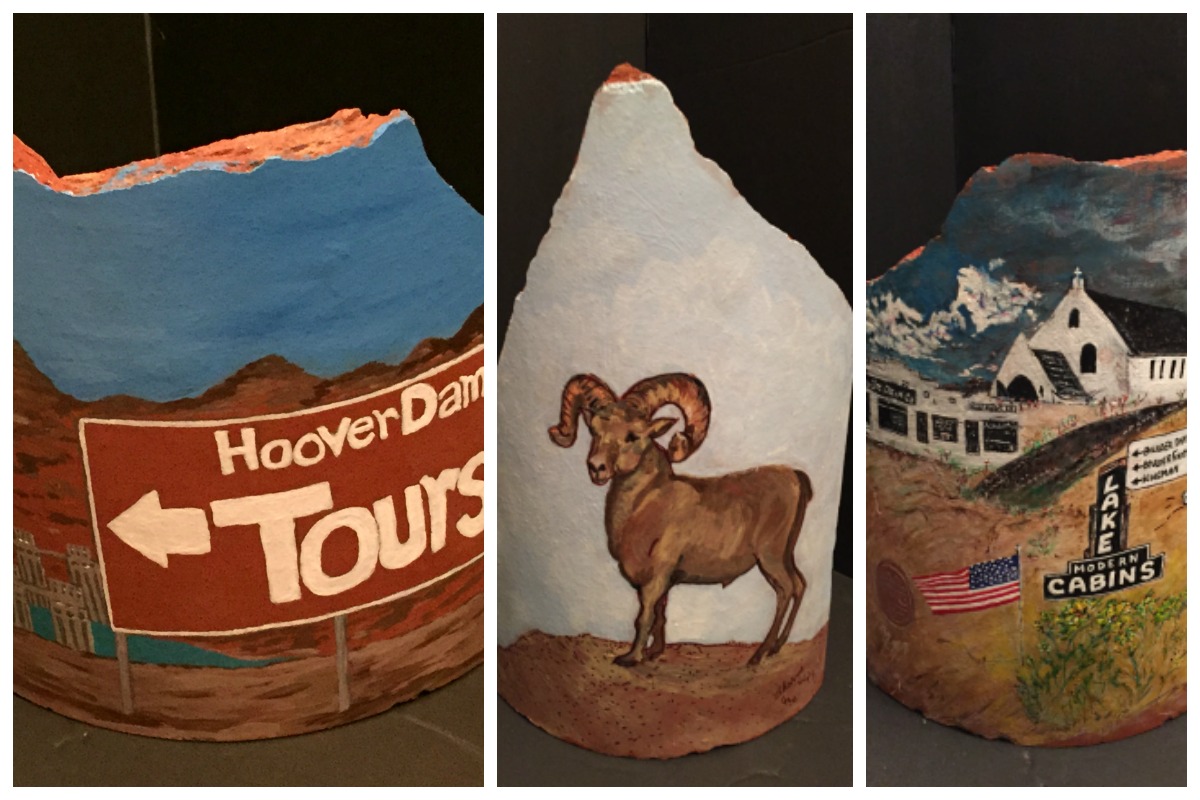 From the beginning, we’ve thought this was a pretty cool little project!

The Boulder City Art Guild and the Boulder City History & Arts Foundation have teamed up to create an artistic and creative fundraiser! Back in January, they announced that they were going to re-purpose the the clay roof tiles that were left over from the repair of the roof on this Historic Water Filtration Building. We told you HERE that interested folks could get a tile and paint it to qualify it for an upcoming auction event.

Well…now we get to see the fruits of these labors from our loving and artistically minded residents here in town!

Saturday, May 18th at 6:30 at the American Legion Hall (508 California Ave.) will be a  Live Auction. We’re told that 40 of these gorgeous pieces of art will be auctioned off to raise funds – and the two groups will split the proceeds to support their efforts around town. Now, you can get a sneak peek at these beauties the night before on the 17th at 6:30, also at the American Legion Hall.

They’ll have complementary beverages including beer and wine, as well as hors d’oeuvres the night of the event. We’ll hope to see a great turnout!

Remember how Chilly Jilly's first started? In that tiny little location across … END_OF_DOCUMENT_TOKEN_TO_BE_REPLACED

In an effort to help folks who may not feel safe venturing to the grocery store, … END_OF_DOCUMENT_TOKEN_TO_BE_REPLACED

We are celebrating Mother's Day and showcasing lots of items for gifts. Purses, … END_OF_DOCUMENT_TOKEN_TO_BE_REPLACED

The Beauty Kitchen Boutique (501 Nevada Way, Suite 5) in Boulder City will be … END_OF_DOCUMENT_TOKEN_TO_BE_REPLACED