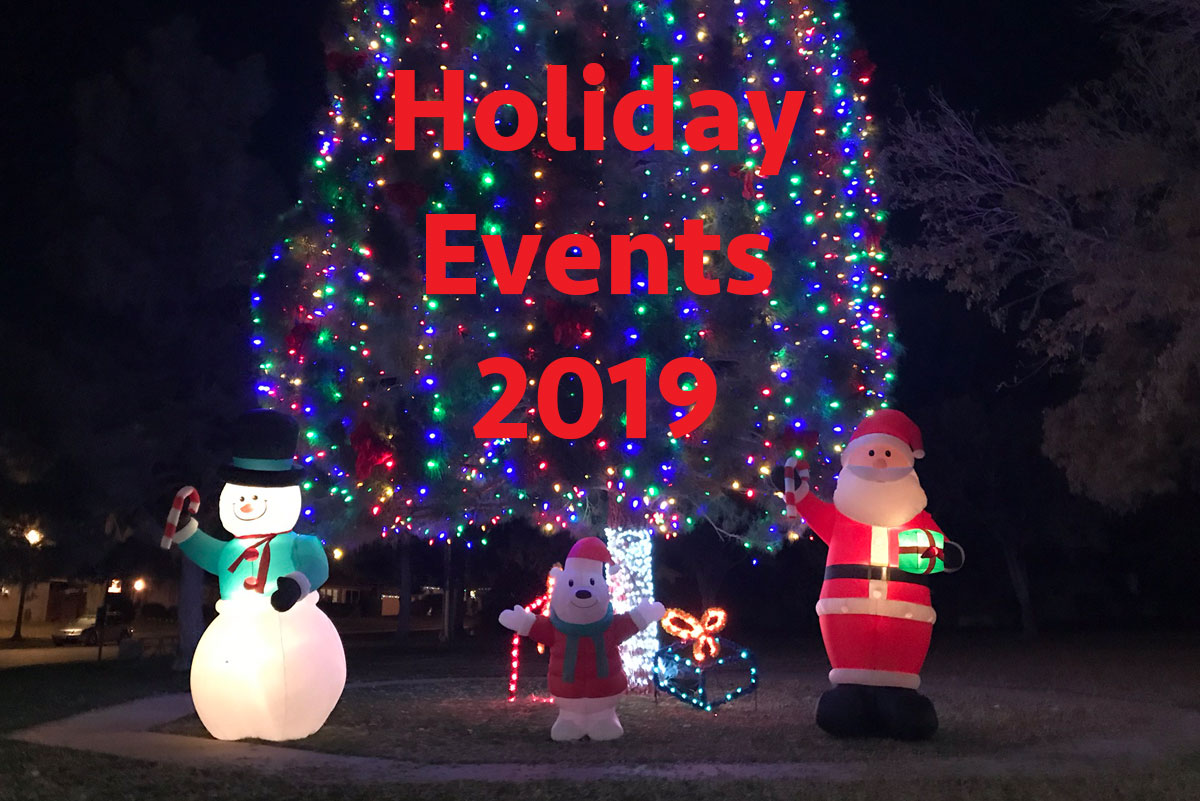 It’s the most wonderful time of the year! Right? Sing it with me now…

There’s nothing like the Holiday Season here in Boulder City, so here is the rundown of all the events that kick off the fun for this year, starting on Thursday night!

Lights On at the Ryan-Musgrave House on Fifth

If you’ve never been to the lighting of the ‘House on Fifth’ (1525 Fifth Street) then you’re missing out! The entertainment begins Friday, December 6th at 5pm. Santa and Mrs. Claus, along with Jingle Cat, will all be there too! (For a listing of other homes in Boulder City decked out for visitors, check out this page HERE.)

After, head up to Frank Crow Park (537 Cherry Street) for the 6pm lighting of the Community Christmas Tree, where you can also enjoy live entertainment and hot chocolate. This year…we hear there will be a bit of an extra surprise, honoring former City Councilman Warren Harhay. I wouldn’t miss this!

The 45th Annual Doodlebug Bazaar at the Parks & Rec. Building (900 Arizona Street) runs Saturday, December 7th from 9am to 4pm. It features a variety of homemade items: clothing, jewelry, decorations and more. Also at the event from 11am to 2pm you can get your picture taken with Santa!

Come to the Boulder City Historic District on Nevada Way, and beginning at 4:30pm is one of the highlights of the season for Santa’s Electric Night Parade as spectacular floats, bands and all kinds of fantastic spectacles to put you in the Holiday Spirit!

Head to Lake Mead at 6:00 pm for the Parade of Lights on the water, featuring local boats decorated for the season, as well as Lake Mead Cruises.

Dance Etc. will be reopening for in person classes on Monday, July 6th (2020). … END_OF_DOCUMENT_TOKEN_TO_BE_REPLACED

The Boulder Dam Brewing Co. will again be featuring live music both this and … END_OF_DOCUMENT_TOKEN_TO_BE_REPLACED

The Homestead of Boulder City located at 1401 Medical Park Drive on Saturday, … END_OF_DOCUMENT_TOKEN_TO_BE_REPLACED