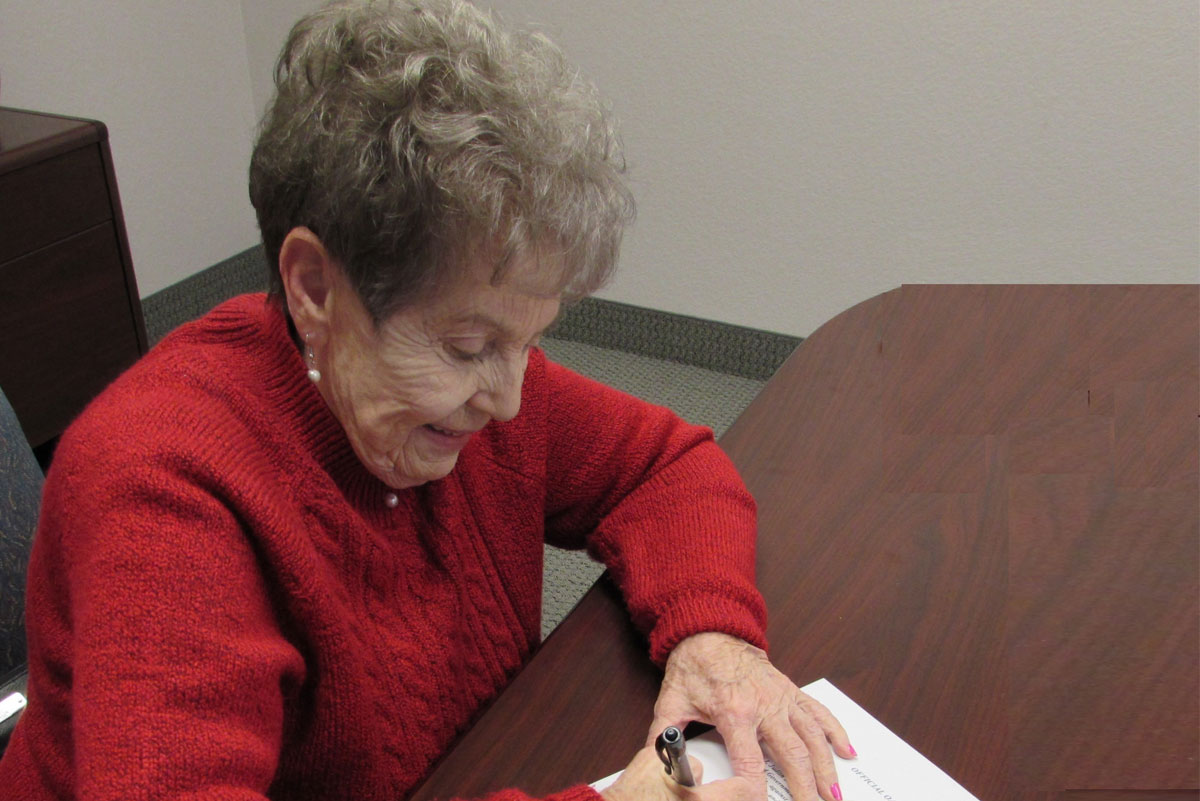 Last night at the Special Council meeting, we have our newly appointed City Council member again chosen by a ‘lot draw’ the winner of which is Judy Hoskins.

The meeting opened with public comment and we were thrilled to see what we counted as 7 people who were interested in the nomination, all of whom spoke and shared details of their lives, qualifications or ‘resumes’, and why they were interested in the position. This was good to see, because if you saw our previous article HERE, you know that we had some concerns about the lack of sunshine on this process back in June.

Judy Hoskins was nominated by both Mayor Kiernan McManus and Tracy Folda, and Judy Dechaine was put forth by Claudia Bridges and James Howard Adams. Then the vote was taken (with a humorous moment where Councilman Adams wondered if he could actually vote for both of them!) and when the vote ended in a tie, we again have a situation where a random drawing is what makes the determination of the final winner – which is Judy Hoskins.

As of publishing time of this post, the video is not yet up on the City’s video archives of prior meetings (the link is here) but when it is, we do encourage all to take the time to watch. Not only do you see a good discussion of residents regarding the appointment, but you’ll meet a few folks who may become future leaders in town. We also highly recommend watching through to the end of the video, as we found it interesting, if not highly entertaining.

We wish Councilwoman Hoskins the very best of success in her new role!

If you have an estate, and want to know the rules, regulations and tax benefits … END_OF_DOCUMENT_TOKEN_TO_BE_REPLACED

Come in and get the Fudge of the Month for January - which is Chocolate Mint. … END_OF_DOCUMENT_TOKEN_TO_BE_REPLACED

This month's specials at the Bighorn Cafe: Salisbury Burger with all the … END_OF_DOCUMENT_TOKEN_TO_BE_REPLACED

For the month of January, you can join Snap Fitness for just .20 cents! That's … END_OF_DOCUMENT_TOKEN_TO_BE_REPLACED

Boulder Dam Brewing has two big Holiday events this month, and rather than try … END_OF_DOCUMENT_TOKEN_TO_BE_REPLACED