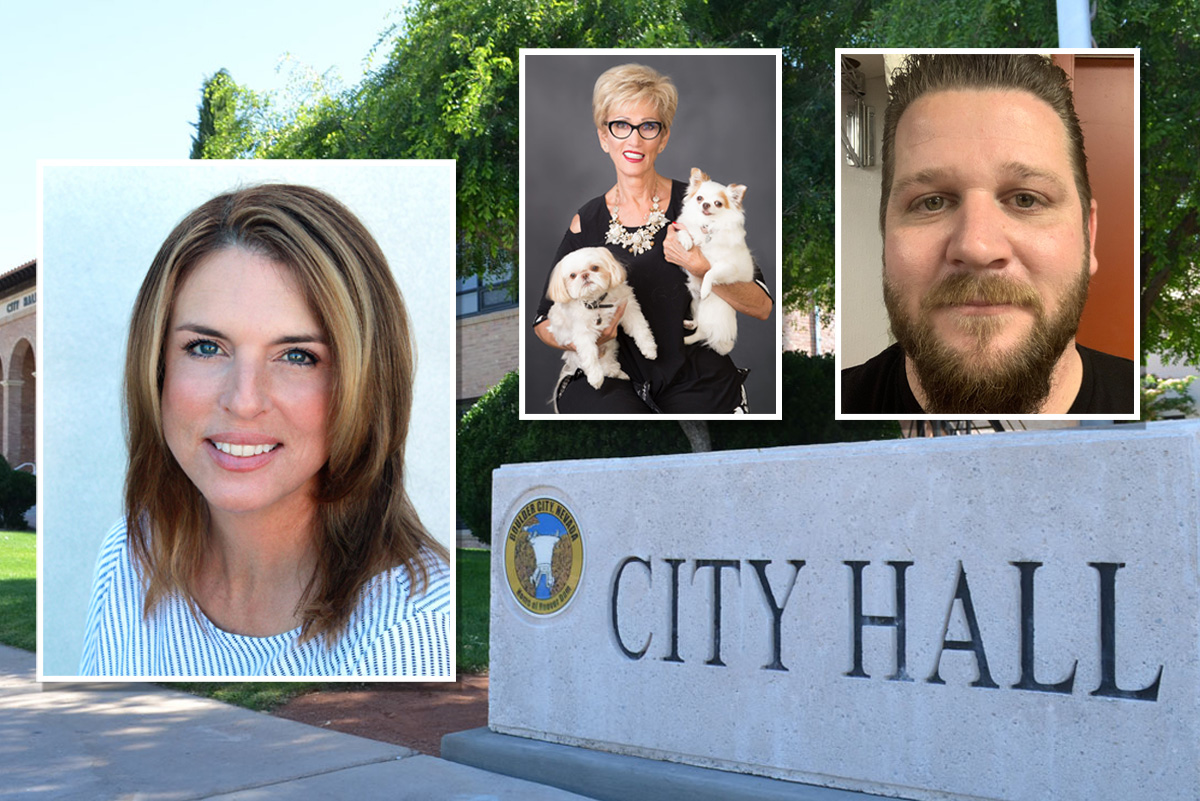 THIS POST HAS BEEN EDITED AND UPDATED SINCE ITS ORIGINAL PUBLISHING

With a historic number thirteen candidates for City Council, Boulder City’s Primary Election proved to be an interesting one. After the CURRENT BALANCE OF TALLIED BALLOTS, the Clark County Election Department released these unofficial results.

CURRENTLY THE ELECTION CANNOT BE CALLED BECAUSE WE DO NOT HAVE A FINAL COUNT. BECAUSE MAIL-IN BALLOTS WERE ISSUED TO EVERY REGISTERED VOTER, then things are different this year than any other. It is completely unknown HOW MANY BALLOTS MAY BE OUTSTANDING. Any mail-in ballot that is postmarked up thru April 6 will now be counted. Numbers will be updated daily at this link HERE.

CURRENTLY, THE NUMBERS REFLECT THIS SCENARIO BELOW:

Sherri Jorgensen, appearing on more than 50% of the ballots cast, COULD WIN one seat outright. Cokie Booth and Matt Fox would then advance to the General Election to compete for the last seat on June 15, 2021.

OR IT IS STILL POSSIBLE THE NUMBERS MAY CHANGE. IF THERE IS NO ONE CANDIDATE WHO RECEIVES MORE THAN 50% OF THE VOTE, THEN THE TOP FOUR WILL ADVANCE TO THE PRIMARY.

While turnout was low (only about one-third of Boulder City’s eligible voters cast votes so far from this initial count), it was clear that mail-in voting continues to remain popular. This option, approved under Assembly Bill AB 4 last summer, was temporarily enacted due to the COVID-19 pandemic. it was the most commonly used method of voting during the primary, with nearly 1800 voters choosing to use this option so far. The remaining votes were cast during the Early Voting period (approximately 1200 votes) and Election Day voting (approximately 800 votes).

It was great to see so many residents step up and offer to serve the community as City Council members. Stay tuned for more information about the upcoming General Election in June! 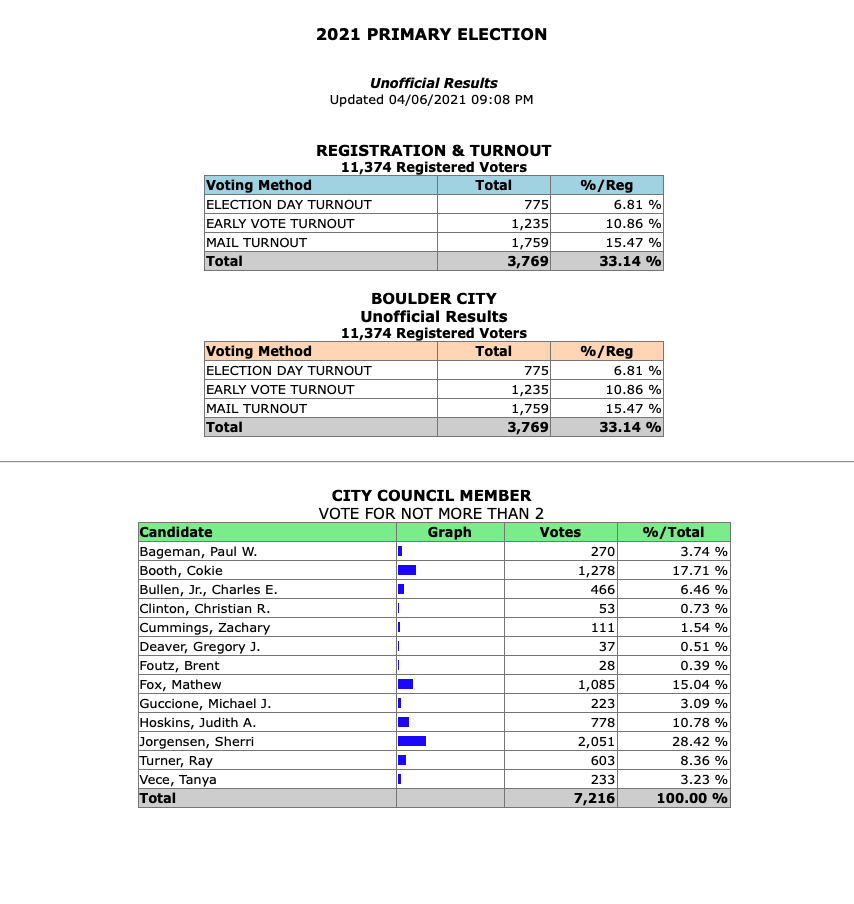 My name is Mrs. Patricia Jack. I'm married to a retired NPS LE Ranger so I … END_OF_DOCUMENT_TOKEN_TO_BE_REPLACED

Go green for St. Patrick’s Day for lunch or late breakfast we will have the … END_OF_DOCUMENT_TOKEN_TO_BE_REPLACED

Love to cook? Even better, do you love the notoriously high-quality products … END_OF_DOCUMENT_TOKEN_TO_BE_REPLACED