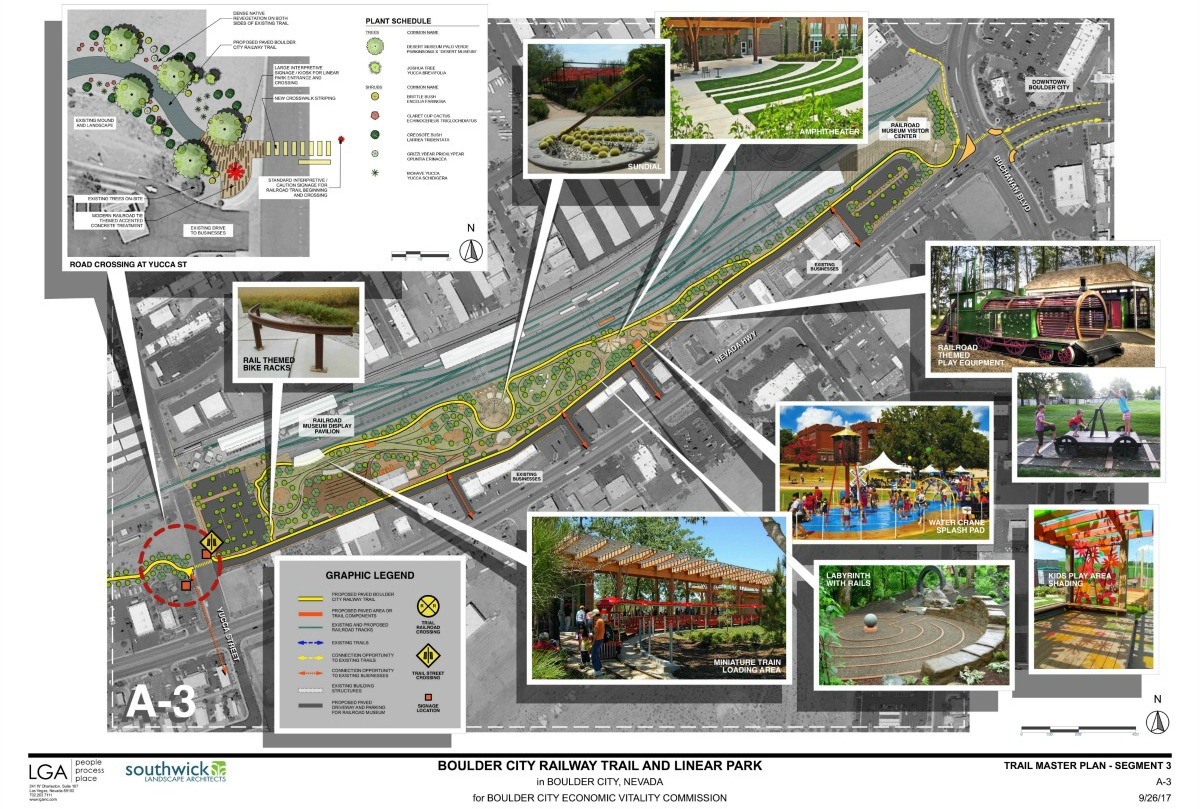 The Nevada State Railroad Museum in Boulder City has announced they will receive a $350,000 grant from the Land and Water Conservation Fund to help cover the financial costs for the proposed Linear Park.

The Linear Park, which is part of the proposed expansion of the Railway Museum (which we reported on HERE) includes a children’s play area, learning center and lots of other great activities and has plans to connect to the River Mountain Loop Trail. We’ve got a full slide show of all the schematics in this overall plan for you below, which we reported on back in October 2017, and you can also see that article HERE.

Randy Hees, the Director of the Railway Museum emphasizes this is only a portion of the funding needed for the entire project, but it’s a step in the right direction!

The Museum expansion costs are estimated at about $14.3 million, and the price tag to connect the entire proposed land area and its features to the River Mountain Loop Trail will run another $10 million.

Funding sources are being pursued via both public and private methods, and we’re glad to get to share the good news on this positive direction so far! Tonight at the City Council meeting, they are slated to review a joint-use land agreement between the State of Nevada and the City, which would be needed for the Railroad Museum Expansion.

Valentine's Day will be here before you know it...are you listening … END_OF_DOCUMENT_TOKEN_TO_BE_REPLACED

If you have an estate, and want to know the rules, regulations and tax benefits … END_OF_DOCUMENT_TOKEN_TO_BE_REPLACED

Come in and get the Fudge of the Month for January - which is Chocolate Mint. … END_OF_DOCUMENT_TOKEN_TO_BE_REPLACED

This month's specials at the Bighorn Cafe: Salisbury Burger with all the … END_OF_DOCUMENT_TOKEN_TO_BE_REPLACED

For the month of January, you can join Snap Fitness for just .20 cents! That's … END_OF_DOCUMENT_TOKEN_TO_BE_REPLACED