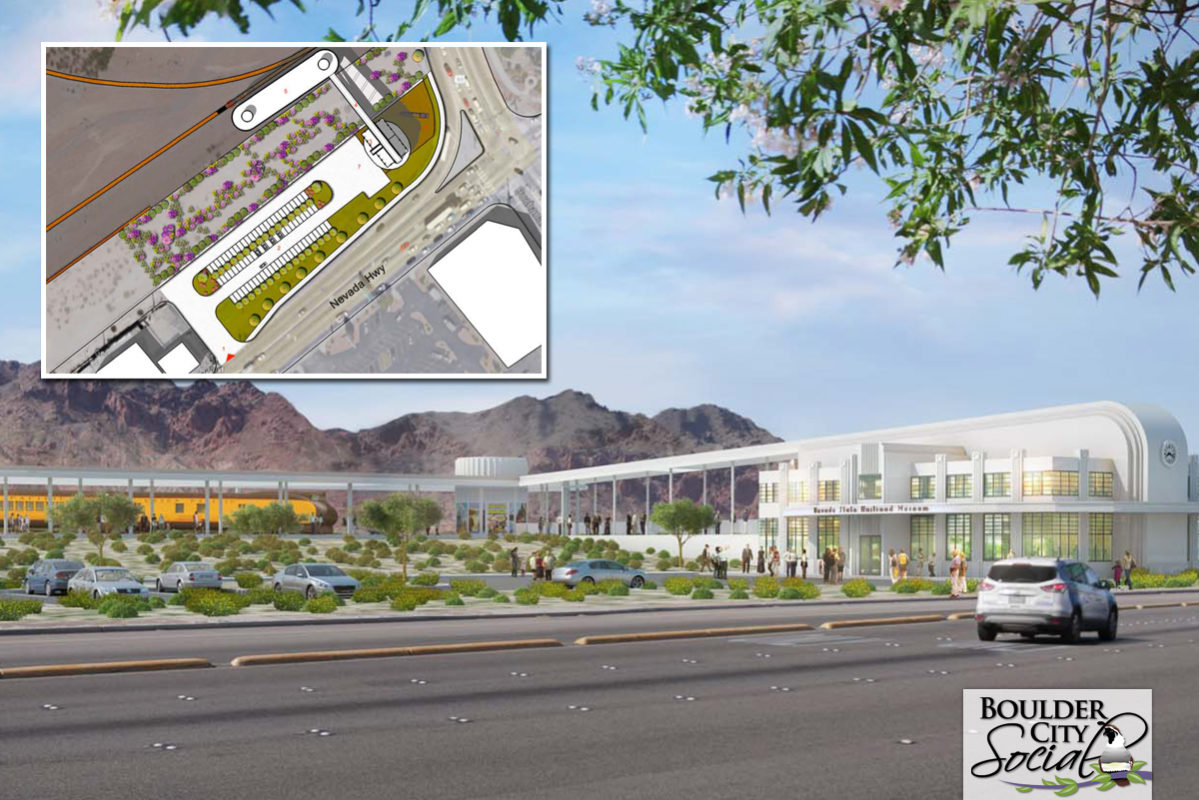 Yesterday, a group of hard-working folks received some great news! There’s been a bill working it’s way through the Nevada State Legislature, AB-84, which will provide a major piece of the funding for the proposed expansion of the Nevada State Railroad Museum and Train Depot. The bill came out of the Ways and Means Committee with a normally unheard of, 100% approval. What this means, is that possibly as soon as next week, this funding bill will go before the entire legislature for approval, which is expected to happen.

If you’ve missed any of this, it’s a super important project we’ve been following for nearly two years now, that we’ve told you about in March 2017 when we shared some of the early renderings of the museum HERE. The project also includes a Linear Park along Boulder City Parkway, and you can see those drawings HERE.

So, while this doesn’t guarantee that our planned expansion is a done deal, it certainly puts this project in an excellent position. We spoke to Randy Hees, the Director of the Museum, and he told us that, “this isn’t the final approval, but this is a credibly important step and it’s really exciting!”

Jill Lagan, CEO of the Boulder City Chamber of Commerce said that, “as a group, the Museum, the City of Boulder City, the Chamber and other partners have worked tirelessly on this project, and have successfully leveraged their efforts to get this far in the process.”

Lastly, we spoke to Lisa LaPlante, who testified yesterday in Carson City. She told us “Mayor Woodbury, the City Council and City Manager Al Noyola have been dedicated to the expansion of the Railroad Museum and Boulder City’s Linear Park. Their direction, teamed with the work of City staff, the Boulder City Chamber of Commerce, the Nevada Division of Museums and History, and the Southern Nevada Water Authority has helped get us closer to making this project a reality. Testifying on behalf of Boulder City was an honor and privilege.”

Keep your fingers crossed Boulder City, as this is potentially great news for our little ‘ole train museum, and our City too!

This Thursday, July 16th at 6pm, get a little online retail therapy with Bloom's … END_OF_DOCUMENT_TOKEN_TO_BE_REPLACED

Volunteer's are the heart of Lend A Hand! Did you know that driving for Lend … END_OF_DOCUMENT_TOKEN_TO_BE_REPLACED