You are here: Home / Town Happenings / The NORAD Santa Tracker Is Live 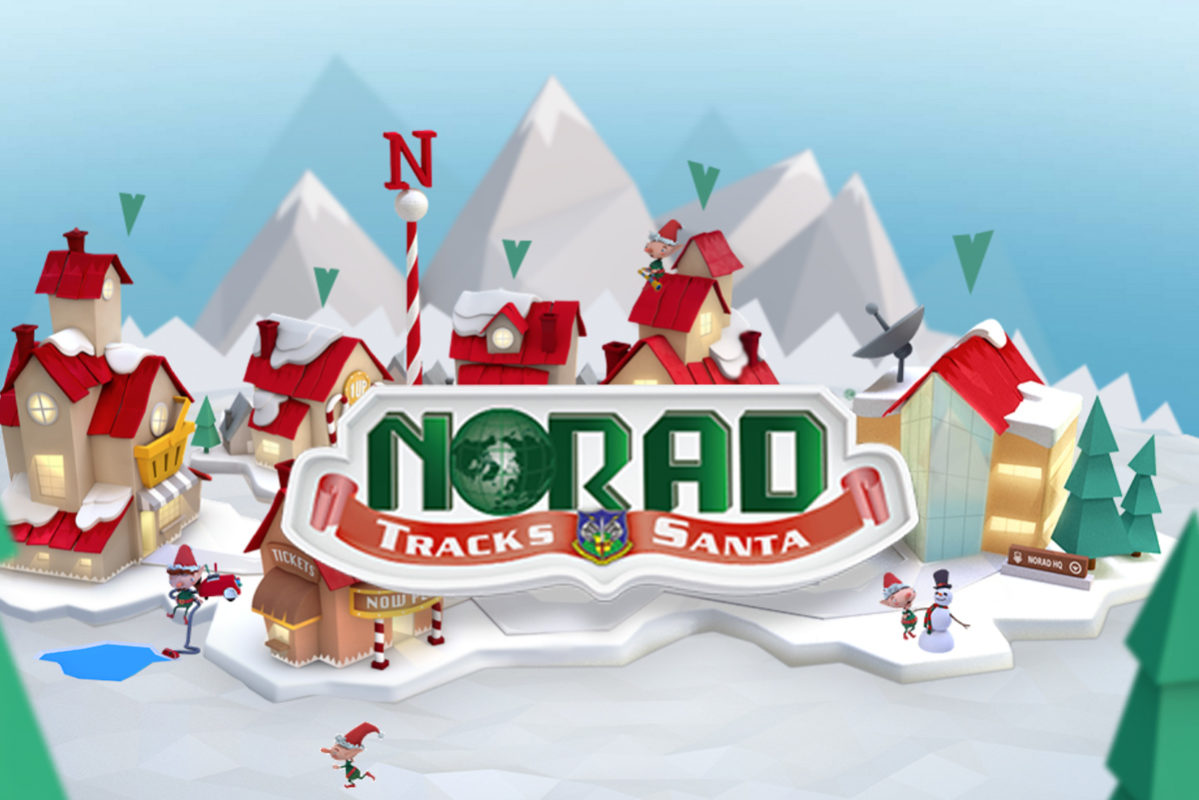 NORAD’s Santa Tracker went live as he took off from the North Pole last night — the kids can CLICK HERE to stream videos on the website as Santa makes his way over various locations.

But don’t stop there, once you’re on the site, don’t miss the Secret Santa Files! You can find them by using the menu on the left side of the web site and find the Norad HQ section. Click there and you’ll go to the next page where you can see the Secret Santa Files from the menu. It’s got tons of pics and FAQ’s for ya! (You can’t be tracking Santa at the same time, but it’s really worth the peek!)

And most fun of all, one of over 1,200 live phone operators can be reached by dialing the toll-free number 1-877-Hi-NORAD (1-877-446-6723).  They will be in radio contact with Santa (from their 2,000 sq. foot make-shift operations center at Peterson Air Force Base in Colorado), of course, but it’s unclear if they are able to take last minute gift requests … never hurts to ask though!
Additional ways to track Santa this year are also:

For 60 years, NORAD and its predecessor, the Continental Air Defense Command (CONAD) have tracked Santa’s flight.  The tradition began in 1955 after a Colorado Springs-based Sears Roebuck & Co. advertisement misprinted the telephone number for children to call Santa. Instead of reaching Santa, the phone number put kids through to the CONAD Commander-in-Chief’s operations “hotline.” The Director of Operations at the time, Colonel Harry Shoup, had his staff check the radar for indications of Santa making his way south from the North Pole. Children who called were given updates on his location, and a tradition was born.

My name is Mrs. Patricia Jack. I'm married to a retired NPS LE Ranger so I … END_OF_DOCUMENT_TOKEN_TO_BE_REPLACED

Go green for St. Patrick’s Day for lunch or late breakfast we will have the … END_OF_DOCUMENT_TOKEN_TO_BE_REPLACED

Love to cook? Even better, do you love the notoriously high-quality products … END_OF_DOCUMENT_TOKEN_TO_BE_REPLACED