You are here: Home / Town Happenings / Third Thursday at the Museum 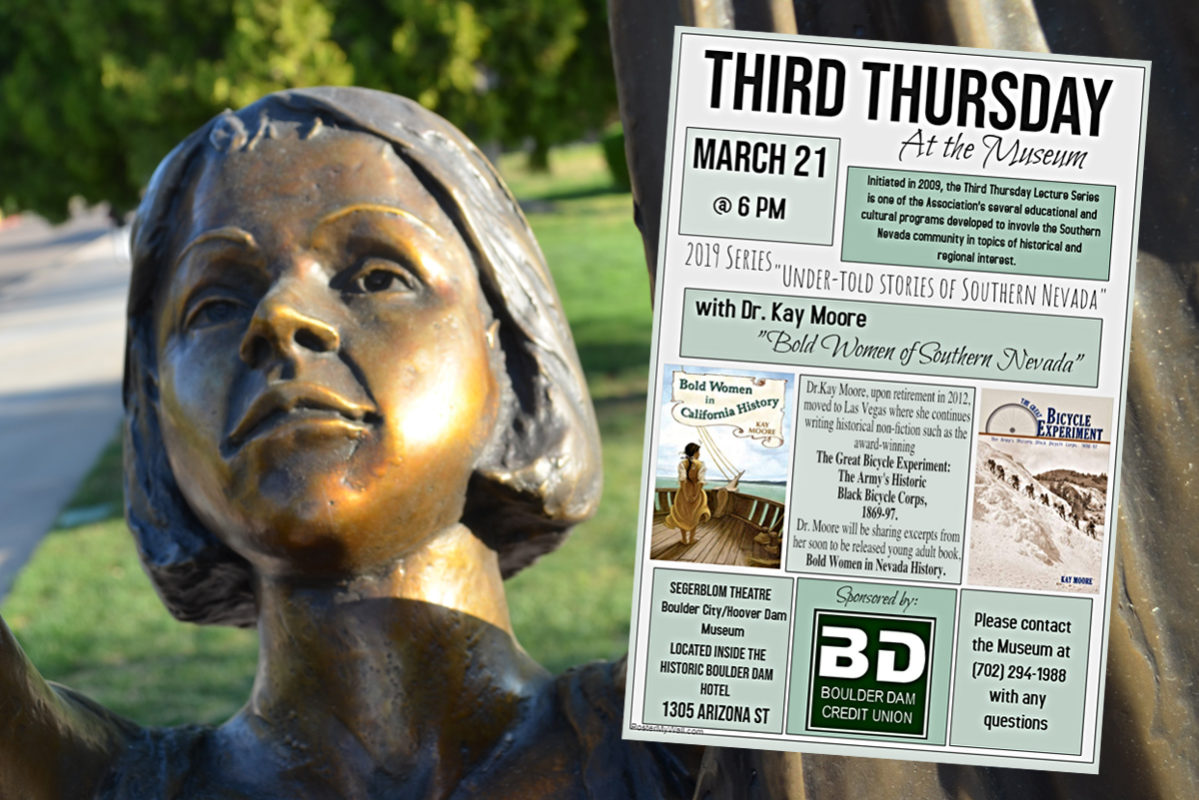 The Hoover Dam Museum is reviving it’s Boulder City Third Thursday lecture series, sponsored by the Boulder Dam Credit Union. The series’ was first initiated back in 2009 and they are reviving it now in 2019.

According to Tiane Marie, the Museum’s Development Officer, “It is one of our association’s several educational and cultural programs developed to involve the Southern Nevada community in topics of historical and regional interest. The 2019 series theme is “Under-Told Stories of Southern Nevada,” and will be held on the 3rd Thursdays of March, April, May, June, September, October.”

This first event of the year, Thursday, March 21st at 6pm will be a talk with Dr. Kay Moore, on the ‘Bold Women of Southern Nevada’.

Programs will be held in the Boulder City/ Hoover dam Museum Segerblom Theatre, and include refreshments.

Remember how Chilly Jilly's first started? In that tiny little location across … END_OF_DOCUMENT_TOKEN_TO_BE_REPLACED

In an effort to help folks who may not feel safe venturing to the grocery store, … END_OF_DOCUMENT_TOKEN_TO_BE_REPLACED

We are celebrating Mother's Day and showcasing lots of items for gifts. Purses, … END_OF_DOCUMENT_TOKEN_TO_BE_REPLACED

The Beauty Kitchen Boutique (501 Nevada Way, Suite 5) in Boulder City will be … END_OF_DOCUMENT_TOKEN_TO_BE_REPLACED