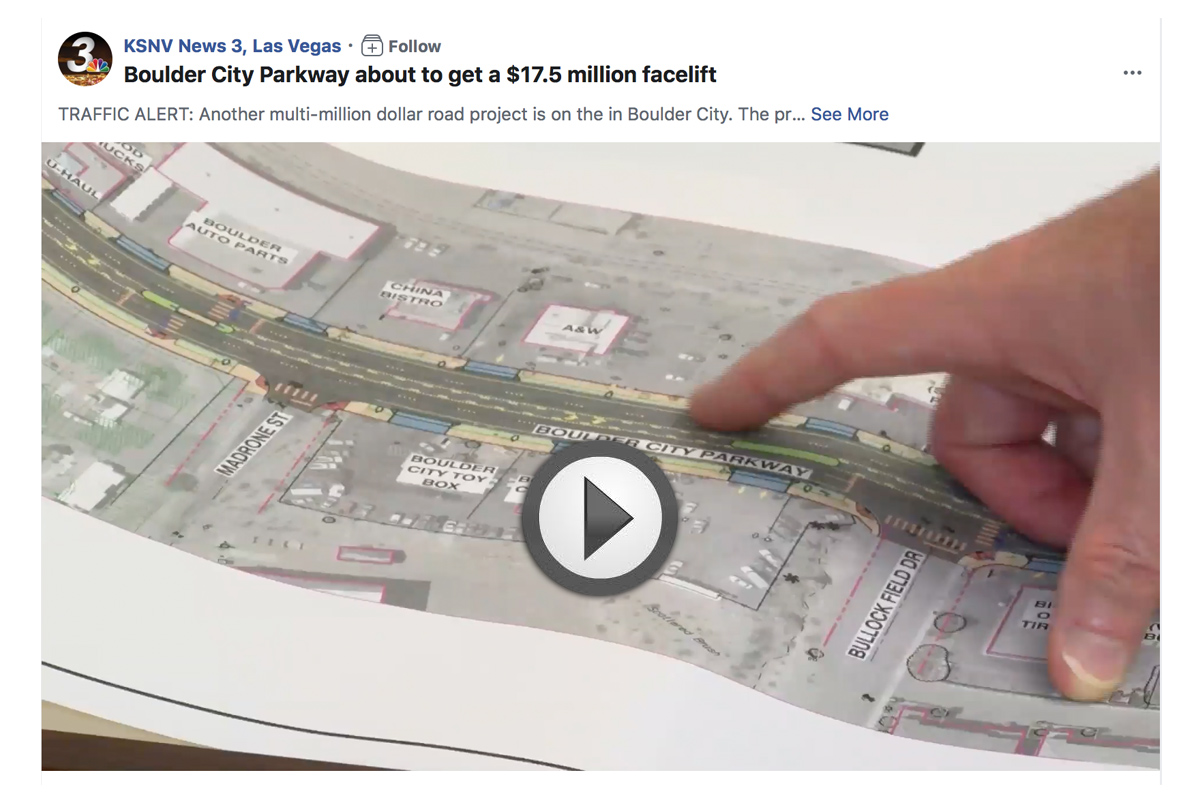 The $17.5 million dollar cost is being paid by the RTC and the NDOT (that’s
The Regional Transportation Commission of Southern Nevada, Nevada Department of Transportation, respectively). The City of Boulder City is contributing $596,780 to remove and replace the sewer main and water services, fire hydrants, etc.

What’s nice is that they also plan to have some artistic work done, similar to what graces parts of the I-11 freeway system. They will have eight huge sculptures showing what life for the dam workers was like in the 1930’s. They will be located in the median between Veterans Memorial Drive and Gingerwood Street. The City tells us:

The forms were chosen to represent people carrying their tools walking from Boulder City to work at the dam in the 1930s, with one exception. Included among the Parkway sculptures will be the Hoover Dam mascot known as ”Nobody’s Dog and Everybody’s Dog,” the Labrador-mix puppy that was born in the crawlspace beneath a building in Boulder City and had free run of the community. It quickly became a favorite of the workers, earning it a place in dam lore and among the sculptures.

We’ll hope for a smooth process for all on this project. Remember to support those retailers and eateries as much as we can during this time – it’s hard to predict how disruptive this might be to their businesses.

Updates on the project will be shared on a Facebook page they’ve set up HERE.

Dance Etc. will be reopening for in person classes on Monday, July 6th (2020). … END_OF_DOCUMENT_TOKEN_TO_BE_REPLACED

The Boulder Dam Brewing Co. will again be featuring live music both this and … END_OF_DOCUMENT_TOKEN_TO_BE_REPLACED

The Homestead of Boulder City located at 1401 Medical Park Drive on Saturday, … END_OF_DOCUMENT_TOKEN_TO_BE_REPLACED