You are here: Home / Town Happenings / All Four Lanes on US93 Open Today!

All Four Lanes on US93 Open Today! 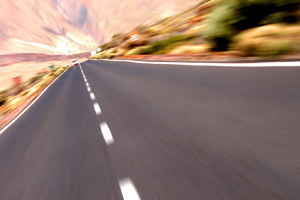 Check out this press release I found on the city of Boulder City website today — the very day that all four lanes of U.S. 93 are due to open. What a timely discovery!

The press release was issued on November 17th by the Public Information Officer for the Nevada Department of Transportation (Michelle Alejandra Booth).

I’m copying the info below directly as it’s written in her press release…here ya go!

All four lanes to open to through traffic on U.S. 93

Beginning Tuesday November 22nd, all four lanes will be open and available for use on U.S. 93 from Buchanan Blvd. to the newly constructed Mike O’Callaghan-Pat Tillman Memorial Bridge at Hoover Dam. Crews have stepped-up production in the last few weeks working around the clock and seven days a week in order to complete the lane widening in three months. Typically a project of this nature would take a year to complete. Most of the lighting and street signs in the residential area will be installed by that Tuesday.

As of that date (November 22nd), the truck ban on commercial trucks traveling southbound on U.S. 93 will be lifted. Final work will still be ongoing that day on the roadways, officials recommend trucks continue the detour until the 23rd.

Work will continue throughout the next several months to complete some of the final items of work like putting up guard rail, placing the remaining utilities and doing work on the medians as well as the shoulders. While most of the work will be done on the shoulder or off the road, there will be times where road closures will be necessary. Dynamic message boards will be used to notify motorists of upcoming closures, as well as frequent updates to the project page on NDOT’s website.

Interruptions to traffic will occur again for a short time frame in the spring when crews come back to apply a final layer of pavement and conclude the project.

The U.S. 93 in Boulder City is being widened from two to four lanes in a response to the increase in traffic and congestion caused by the opening of the newly constructed Mike O’Callaghan-Pat Tillman Memorial Bridge at the Hoover Dam.

In this video from Outdoor... END_OF_DOCUMENT_TOKEN_TO_BE_REPLACED

Well, folks, we learn something... END_OF_DOCUMENT_TOKEN_TO_BE_REPLACED

We recently had a lovely... END_OF_DOCUMENT_TOKEN_TO_BE_REPLACED

No doubt you’ve heard – or... END_OF_DOCUMENT_TOKEN_TO_BE_REPLACED

With Father’s Day just around the corner, Toto’s Mexican Restaurant is... END_OF_DOCUMENT_TOKEN_TO_BE_REPLACED

Hello, I am excited to start my journey here at Jack and the Beanstalk! My name is... END_OF_DOCUMENT_TOKEN_TO_BE_REPLACED

The Dam Roast House is inviting you to have coffee with your Congresswoman Susie... END_OF_DOCUMENT_TOKEN_TO_BE_REPLACED