This project is nearly completed, and has been many moons in the making, but will be well worth the wait in the end! If you haven’t been by the Boulder City Hospital recently to see it, almost their entire parking lot has been converted to covered parking, that doubles as solar electric generation panels that will help the hospital cover it’s electrical needs. Now THAT is what we call a win-win!

We wanted to learn more, so we set up a meeting with Mike Giroux, of BC Solar, Inc. to hear how this all works and how it came about.

Mike says he started BC Solar along with his partner Jason Larson about 2 ½ years ago, primarily because he got ticked off at Costco for taking an order to install solar on his home here locally, only to be told later, “oh no, sorry, we don’t work in Boulder City.” He says most companies still don’t work in our area, but now with them we have this great local resource! Later, he tells us that he met up with Aaron Medo, the owner of Boulder City Electric we told you about HERE, and they have now formed a partnership.

But, back to the hospital project…

Mike has been a Board Member of the Hospital Foundation for about 10 years. So he knew what their electricity needs are to operate. He came up with the idea to create covered parking (and who doesn’t want that!) and add solar on top to feed directly into the hospital’s electrical grid.

And the savings will be HUGE for our locally owned hospital, and as we can imagine, couldn’t come at a better time. He tells us that immediately, the power supplied by these panels will save the hospital about 40% off their costs, which is about $8,000/month.

Long term, it gets even better. These panels will last for about 40 years, and over their entire lifetime will save the hospital about $4 million dollars overall! Yowza! Now that’s some serious dough we’re talking about!

They refinished and reconfigured all of the parking lot to do the project, and gave the area a total of 105 spaces which is a slight increase from what it was before. Also, there are 4 electrical car charging stations, for those who own those types of vehicles which they can use currently at no cost.

Mike is forever shy, unassuming and wants no recognition for his work on this project at all. (I couldn’t even get him to pose for a photo!) But, our good friend Alan Goya at Bold Boulder DID get him to do a show – so if you missed that, check it out on YouTube HERE!)

A true engineer at heart, Mike tells us, “covered parking projects like this are by far the best way to retrofit solar into our communities. It gives back in so many ways, and will help Nevada reach its goal to be 50% green by the year 2030.”

All we can say is THANK YOU sir and all involved in making this project happen and completing it, despite what we know were many challenges in getting it done this year. I guess this is ONE thing good we can say happened in 2020!

Don’t forget to cast your... END_OF_DOCUMENT_TOKEN_TO_BE_REPLACED

Well now this memorabilia will... END_OF_DOCUMENT_TOKEN_TO_BE_REPLACED 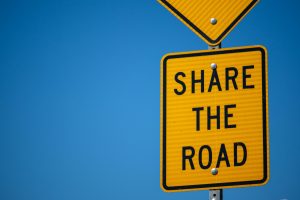 It’s the time of the year... END_OF_DOCUMENT_TOKEN_TO_BE_REPLACED 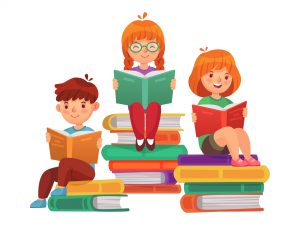 The Boulder City Library has made... END_OF_DOCUMENT_TOKEN_TO_BE_REPLACED 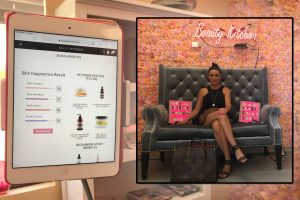 Who is Heather Marianna, you may... END_OF_DOCUMENT_TOKEN_TO_BE_REPLACED 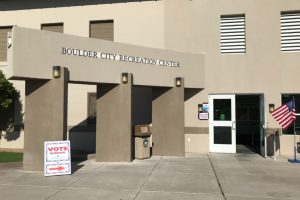 With Father’s Day just around the corner, Toto’s Mexican Restaurant is... END_OF_DOCUMENT_TOKEN_TO_BE_REPLACED

Hello, I am excited to start my journey here at Jack and the Beanstalk! My name is... END_OF_DOCUMENT_TOKEN_TO_BE_REPLACED

The Dam Roast House is inviting you to have coffee with your Congresswoman Susie... END_OF_DOCUMENT_TOKEN_TO_BE_REPLACED