You are here: Home / Town Happenings / I-11, Boulder City And Our Economy

I-11, Boulder City And Our Economy 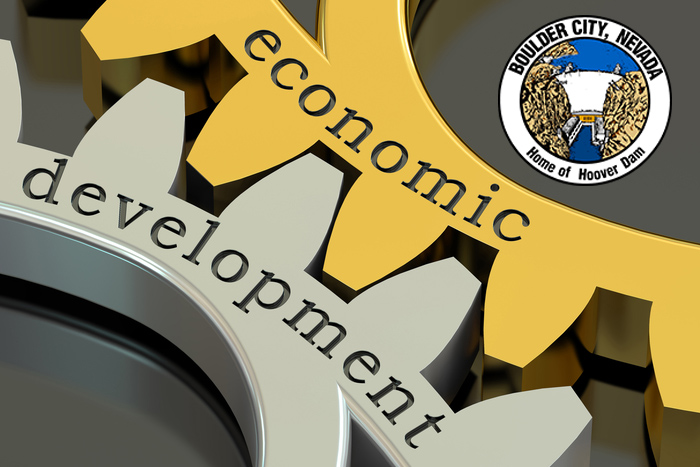 On August 9th, we hit the one-year anniversary since the opening of Interstate 11. Some of us are thrilled at the reduced traffic in town along Boulder City Pkwy. and the road down to Lake Mead and Hoover Dam. However with this reduction in drive through tourist traffic, naturally, there were going to be some businesses that would struggle as a result.

This Tuesday at the City Council meeting, Michael Mays, the Community Development Director outlined for the Council an overview of the economic impacts, to date. It’s a mix of both good news, and some bad too.

Traffic on Boulder City Pkwy is down 30-40%, which has impacted the fast food and gas stations along this route. Earlier this year, we’d talked to several of them, and at that time, some of the fast food establishments told us they were down ranging from 10-15% on their sales.

However, some businesses have thrived because traffic is now reduced from pass-through travelers, making it easier for locals to get to businesses they wish to patronize. Meanwhile, we’ve seen some changes and additions to the Parkway for sure, here’s just a quick tally –

So…we’re seeing folks putting down some $$ and betting on our ability to support them!

Overall, the City’s retail/office vacancy rate is lower than Las Vegas, currently at 4.5%.

A recent study tracking credit card data from a tool called VisaVue has also given the City some hard data to look at. Specifically, in the 4th Quarter of 2018, they show an 8% increase in LOCAL spending (credit card holders in the 89005 zip code spending within that same area) over the same period in 2017.

In other words guys – we’re shopping local – and that’s good!

Mays tells us, “With the opening of I-11, the City has been collecting data on the economic health of the community. The data recently collected is encouraging, showing the community’s strength and ability to take advantage of reduced congestion. The City, through our economic development efforts, will work to support our local businesses’ continued success.”

Another stat he shared with us, is that of the top three cities’ where tourists are coming to Boulder City to visit – the #1 place is Las Vegas. People are coming out here from over the hill because now the reduced traffic makes it easier to get here. The next most traveled into our area, are coming from Los Angeles and Phoenix, respectively.

Hotels and our downtown eateries and other establishments are thriving overall. We hear that over the 4th of July weekend, our hotel occupancy rate was 94%! Which is about equal to Vegas.

Our final thoughts are this:

1. We really appreciate Michael Mays and the productive and meaningful efforts of his team in helping our local businesses thrive.

2. What is clear, is that we need to continue to make great efforts to patronize our local businesses, especially supporting the increasingly refreshing mix of retailers that have recently opened their doors. #shoplocal matters.

3. What our future is, remains unknown. We wonder what new industries beyond tourism and retail we might be able to attract? The OHV issue might have opened an opportunity, but that was not to be. The Railroad Museum expansion and Linear Park will be hugely beneficial, and we hope this will come to fruition. Solar leases continue to be hugely important city revenue. But what else can we attract? We hope to see some continued ingenuity between both our city leaders, as well as among us, as citizens.

Well, folks, we learn something... END_OF_DOCUMENT_TOKEN_TO_BE_REPLACED

We recently had a lovely... END_OF_DOCUMENT_TOKEN_TO_BE_REPLACED

No doubt you’ve heard – or... END_OF_DOCUMENT_TOKEN_TO_BE_REPLACED

With Father’s Day just around the corner, Toto’s Mexican Restaurant is... END_OF_DOCUMENT_TOKEN_TO_BE_REPLACED

Hello, I am excited to start my journey here at Jack and the Beanstalk! My name is... END_OF_DOCUMENT_TOKEN_TO_BE_REPLACED

The Dam Roast House is inviting you to have coffee with your Congresswoman Susie... END_OF_DOCUMENT_TOKEN_TO_BE_REPLACED