You are here: Home / Town Happenings / Your 2022 Mayoral and City Council Candidates – Primary Elections to Come in June 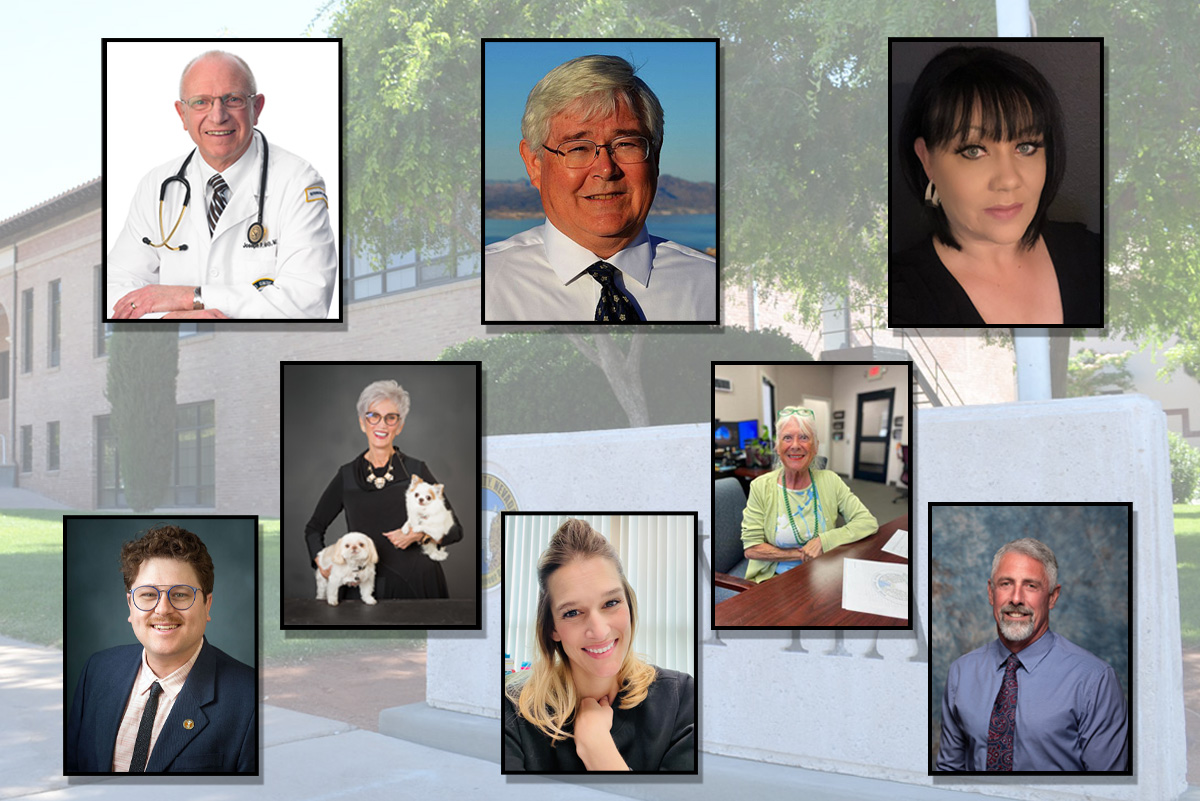 We’re excited to see a broad field of candidates for the upcoming elections for both Mayor and two City Council seats here in Boulder City! The Municipal Primary Election will be held on June 14th, according to the City’s website HERE. There will be an early election period before that we are told just as in recent years, and if no candidate gains over 50% of the vote in either race then the general election will be held on November 8th, along with our general state and national elections.

The candidates are as follows:

Here’s a little bit about each of the candidates that we have received to share with all of you.

My life has been filled with great blessings. I was born and raised in Reno, Nevada. I enjoyed a good public school education and developed a love of learning and reading. I worked in construction as a teenager and knew at an early that I wanted to be a physician. My parents moved to Orem, Utah for my mother to extend her higher education. I went with them and am glad I did. I met Jill, now my wife of 50 years, while she was pursuing a graduate degree. We went to medical school in Reno for the first 2 years. We returned to Nevada in 1982 to join Family Doctors of Boulder City. This is our home. We love the City of Boulder City. We love the teachers and schools. Our 8 children were raised here, graduating from Boulder City High School.

I have a philosophy that by listening to people and respecting their opinions, we will be able to better serve in elected positions. A council is designed to have multiple viewpoints, coming together for the betterment of the whole community. A line from one of my favorite hymns: “Because I have been given much, I too must give.” I care, so I must serve. I have had many years of experience and look forward to listening, learning and serving my fellow citizens. I know that Boulder city is a unique and delightful place to live. Nowhere have I seen a better place to live. I running for mayor to continue to serve you.

Kiernan McManus is a native of Boulder City.  He was born at the original Boulder City Hospital.  His parents moved to Boulder City in 1953 when his father accepted a position at Boulder City High School where he taught for many years.

A graduate of BCHS in 1975, Kiernan pursued a degree in Political Science at the University of Nevada, Las Vegas.  He later transferred to his father’s alma mater, the University of New Hampshire, to complete his Bachelor of Arts degree.  His professional career includes nearly 2 decades of work for Fortune 500 corporations primarily in Information Technology.  He earned two additional Associate of Applied Science degrees in IT during this period of time.

Having grown up in Boulder City, Kiernan had the opportunity to absorb the history of the City directly from the 31’ers who proudly spoke of the efforts and sacrifices needed to construct Hoover Dam.   The pride and camaraderie of those same people were the genesis of the creation of our beautiful community of Boulder City.  Knowing the discussions and planning that resulted in Boulder Citys’ current conservative growth policies he is dedicated to these conservative growth policies that have preserved our community and our small town qualities well into the 21st century.

Elected as a member of The Boulder City Council in 2017 and then Mayor in 2019, Kiernan has worked to bring transparency to our City government and ensure City finances are sound.  He recognizes the importance of preserving our history and heritage for future generations and has worked diligently to implement workable solutions for preservation.

Tanya Vece is a celebrated publicist and event marketing specialist. She is not a career politician. Vece is running for Mayor because she believes Boulder City deserves better than the current Mayor elected to office.

“Nope” to Henderson is not enough! We have to do more to protect our history, guard our funds against frivolous and ego-driven lawsuits, and work to promote tourism and amplify local businesses. Her background includes starting out as a writer for “Saturday Night Live”, developing an event planning business where actor Johnny Depp and Celine Dion were frequent clients, and she has succeeded in making a career change to healthcare marketing to provide vulnerable seniors with expansive resources.  Like everyone in life, Vece has made mistakes and has overcome various challenges. One thing you get with Vece is the direct truth. She believes it’s always best to face a problem head-on and then move forward- especially as a community. As a ten-year resident of Boulder City, Tanya Vece is running to speak for the everyday person, not as a political career move. Let’s clean up the mess the current Mayor has made and bring business and opportunities back to Boulder City!

James Howard Adams has called Boulder City his home for over 25 years and was elected to City Council in 2019. In addition to serving on the Southern Nevada Water Authority, Adams also serves on the Board of Health for the Southern Nevada Health District. As a professional performer and musician, Adams studied classical cello performance, and has seen the country through the windshield of a rock band’s tour van. His love of music and welcoming personality have also led to his involvement in the organization and promotion of arts and cultural events large and small, throughout Southern Nevada, often benefiting local charities. Adams earned his degree in Deaf Studies from the College of Southern Nevada. It was through these studies, and his work in the arts, that he learned his love for strengthening communities wherever there is opportunity.

Cokie is a Real Estate Agent with her own brokerage and has been involved in a great many community programs over the years, such as the Boys and Girls Club, the Boulder City Community Club, the Planning Commission, and was awarded the 1999-2000 Boys and Girls Club Women of the Year. “I want to represent Boulder City by preserving Boulder City’s heritage and traditions and to be a conduit for improvement.”

Greetings to my wonderful Boulder City community members! My name is Valerie McNay and I have resided in fabulous Boulder City since 1994. I have degrees in Speech Language Pathology, Special Education and a Ph.D. in Educational Policy Ethics & Law. I have been involved in civic & political associations in Boulder City and throughout Nevada including 1) President of Boulder City Branch of American Association of University Women (AAUW) raising money for local scholarships via Home Tour & Wine/Chocolate Tasting events. 2) Currently serve on Parks & Recreation Commission. 3) Formerly served on the Ad Hoc Pool Committee & 8 years on the BC Library Board. I have won numerous awards in my age groups in triathlons and marathons. I backpack annually in Grand Canyon and Sierras and do bike tours annually in different states. I’m retired from CCSD after 25 years and still want to give back to my community!

Boulder City resident Steve Walton has announced his intention to seek one of the two City Council seats up for election this year. Walton (59) has lived in southern Nevada since 1984 and is proud to call Boulder City home for the past 24 years.

Mr. Walton earned a degree in Public Safety Administration from Grand Canyon University and served on the Henderson (NV) Fire Department for 25 years, retiring in 2010 as Division Chief.

Through the years, Steve was a volunteer coach for youth sports, and served as an assistant leader for local scout troops. Steve initiated and served tirelessly for the ‘Christmas Bicycle Program’ with fellow firefighters, giving away hundreds of new or refurbished bicycles to area children. In 2006 Steve and Darlene became associated with the Friends In the Desert initiative for feeding the homeless and disadvantaged population in the area. Steve began service on the Boulder City Planning Commission in May of 2016 and served as Chair of the Commission from January 2020 to December 2021. In September 2019, Steve was appointed Interim Fire Chief in Boulder City and served in that capacity through January 2020 when the permanent Chief was hired. Steve stayed on for an additional 6 months to assist in the transition.

“Boulder City is an exceptional community. Our quality of life, and sense of community are very rare and we need leaders who will serve ALL members of the community with skill, compassion, integrity and vision to safeguard our heritage into the future. I am committed to serve the citizens of our community in this new and important role as a City Council member”. 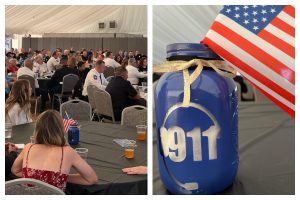 Last night, June 30th we had the... END_OF_DOCUMENT_TOKEN_TO_BE_REPLACED 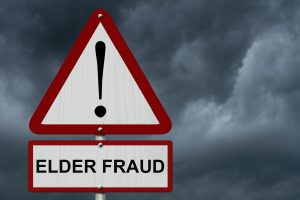 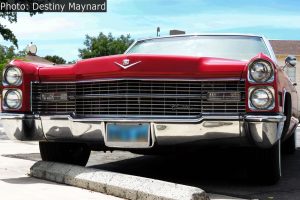 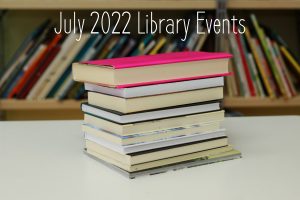 Beat the heat in the Boulder City... END_OF_DOCUMENT_TOKEN_TO_BE_REPLACED 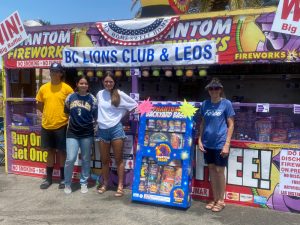 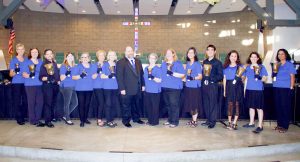 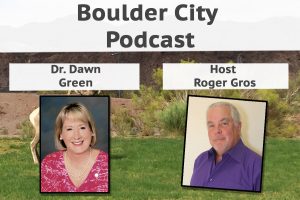 In an ongoing series of podcasts... END_OF_DOCUMENT_TOKEN_TO_BE_REPLACED 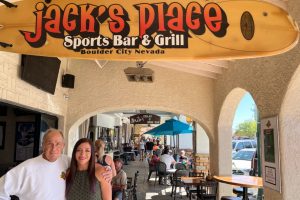 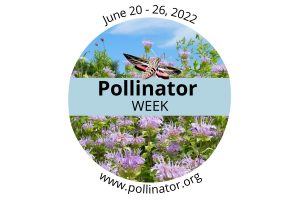 Pollinator Week was designated by... END_OF_DOCUMENT_TOKEN_TO_BE_REPLACED 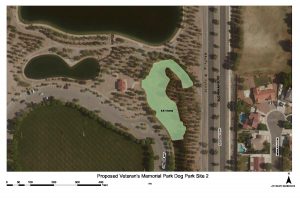 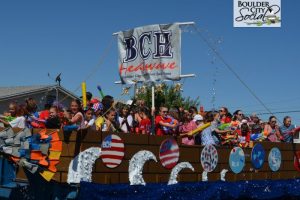 The Independence Day holiday is... END_OF_DOCUMENT_TOKEN_TO_BE_REPLACED 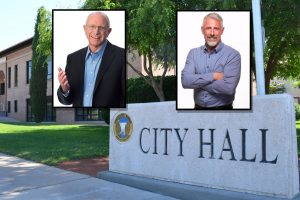 According to the latest results... END_OF_DOCUMENT_TOKEN_TO_BE_REPLACED 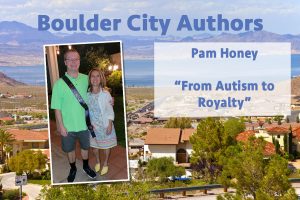 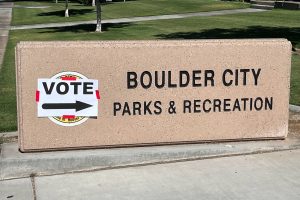 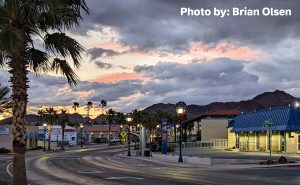 This week’s Fan Photo is... END_OF_DOCUMENT_TOKEN_TO_BE_REPLACED

July 4th is almost here! It’s a wonderful holiday for all of us, but  it’s a... END_OF_DOCUMENT_TOKEN_TO_BE_REPLACED

For the past 10 years, the Boulder Business Development group has been meeting locally,... END_OF_DOCUMENT_TOKEN_TO_BE_REPLACED

4th of July is returning soon! It’s a wonderful holiday for all of us, but ... END_OF_DOCUMENT_TOKEN_TO_BE_REPLACED