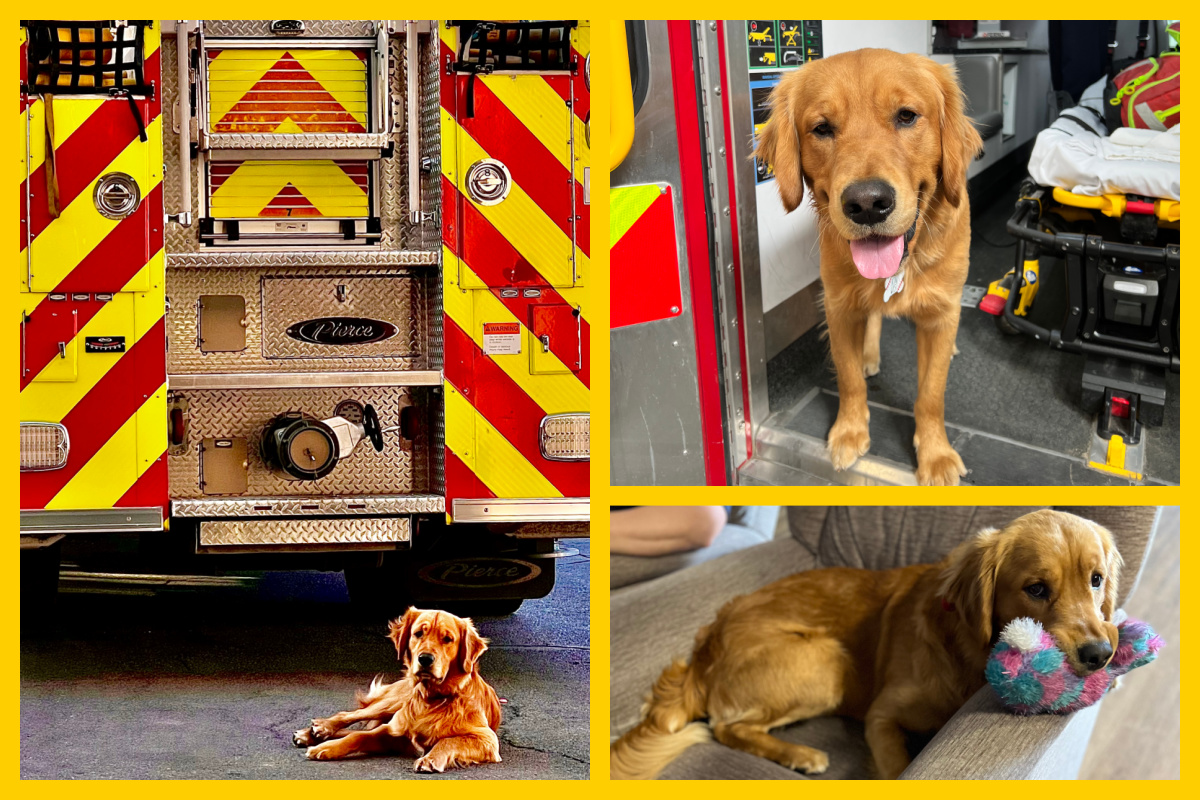 The Boulder City Fire Department (BCFD) has a new member and he’s working his tail off to make sure his coworkers are happy and less stressed as they do their jobs. He’s also visiting schools, Boulder City Hospital, the Boulder City Library, and other local businesses and community centers to provide his special services to all members of the public he comes into contact with. His name is Ryno West and he’s the Fire Department’s K9 therapy dog.

Ryno is a Golden Retriever who is almost two years old. His “mom and dad” are Kathleen and Walter West. Kathleen is retired from Clark County School District, where she taught at EM Garrett Middle School, and Walt is a Paramedic/Firefighter with BCFD. If you know Walt and Kathleen, you know the name Ryno is no accident. They are diehard Chicago Cubs fans, so Ryno is named after the illustrious Chicago Cub legend Ryne Sandberg, who was nicknamed “Ryno”. Ryno has a canine sister, Karly-Belle (named for Vegas Golden Knight player William Karlsson) who lives at home.

The idea of a therapy dog came to Walt in late 2020, after observing and experiencing some of the stress and pressure of COVID-19 as a frontline professional. Readers will recall that BCFD was pressed into service to coordinate and implement the community’s response to the pandemic. They worked long hours, under intense conditions and for an extended time, to ensure that the community’s residents had access to the medicines available for vaccinations, in addition to their regular duties. As professionals, stepping up to meet this need was vital, but it also took its toll on members of the department. Walt thought a therapy dog might be helpful.

Studies have shown that therapy dogs can have a positive impact in the workplace, especially for first responders. From the Alliance of Therapy Dogs website:

“Therapy dogs are specially trained by their owners to help stressed-out people feel relief from their problems or anxieties — at least temporarily. Research by UCLA Health confirmed that interaction with therapy dogs provides both mental and physical health benefits, including:

Additionally, a study by the American Journal of Critical Care found that just 12 minutes with a therapy dog provided greater neurological and psychosocial improvements in heart patients than a 12-minute visit with a human volunteer. However, it doesn’t take a scientific study to prove what dog owners already know — playing with or petting your pup simply makes you feel better. Today, therapy dogs are sharing their love and calming people of all ages in hospitals, elementary schools, college campuses, and nursing homes…so why not add firehouses and fire scenes to that list?”

He spoke with Chief William Gray about possibly getting a therapy dog for the station. Chief Gray thought it was a good idea and asked Walt to research the topic and draft a policy and the procedures to guide the K9 therapy program. Walt did some investigation on fire department therapy dogs and concentrated on Los Angeles Fire Department and Colorado Springs Fire Department to model his department’s program.

In speaking with Brian Humphrey, Public Information Officer at the Los Angeles Fire Department, he noted the importance of therapy dogs for first responders, stating:

“Due to the volume and severity of tragic incidents they respond to on a daily basis, first responders face a potential for post-traumatic stress disorder (PTSD), depression and anxiety issues. Wide ranging research has revealed the at-times devastating impact such issues can have on first responders over the course of their careers.

To counteract this concern, the Los Angeles Fire Department (LAFD) commenced an in-house Canine Therapy Program in December 2020, as part of the Department’s well-established Behavioral Health Division. The purpose of the program is simple and forthright: to help alleviate psychological and emotional trauma impacting our firefighters.

In this animal-assisted crisis response, specially trained dog and handler teams are used promptly and directly after a traumatic event to reduce stress and anxiety, ideally helping responders with heightened cortisol levels feel immediate relief from their problems or anxieties — at least temporarily.”

One of the challenges in starting such a program is finding a suitable animal. Obviously the dog must possess the personality and intelligence to do his/her job. Additionally, the dog must undergo extensive behavioral training and become certified by an accredited organization. Therapy dogs also need to be at least 12 months old. As the BCFD continued to work on the policy for the program, Walt encountered a puppy in March 2021 and brought him home (much to Kathleen’s surprise!). Despite the uncertainty of the program being developed at BCFD, Walt and Kathleen decided they would enroll their new puppy in programs with the end goal of becoming an accredited therapy dog.

Ryno did his basic obedience training with other dogs at Henderson Pet Resort, where he spent several hours a week as Kathleen and Walt worked. Ryno also received specialized one-on-one training while he was there. Once he completed the basic course and passed easily, he began a more advanced class where he would learn more complex commands and behaviors. Again, Ryno was one of the top dogs who passed his trials with ease. He was trained by Ira Smith of The K-9 Handler LLC, who is one of the premier trainers in the Las Vegas area who trains dogs for a number of agencies.

The last and most critical step in the process was to be certified through Alliance of Therapy Dogs in Wyoming. This group’s mission is:

“We are an international registry of certified therapy dog teams. At ATD, we provide testing, certification, registration, support, and insurance for members who volunteer with their dogs in animal-assisted activities. Our objective is to form a network of caring individuals and their special dogs are willing to share smiles and joy with people, young and old alike.”

Ryno completed the necessary testing and was certified by the agency in October 2021. At that point the policies and procedures were approved and in place to start Boulder City’s K9 Therapy Program. Ryno has been assigned to C Shift with his owner-handler, Walt, at the Fire Department, although he occasionally makes appearances during the A and B shifts as well.

Ryno’s expenses are not funded by the city or taxpayer funding. Instead, there is a special account set up for Ryno where members of the public can make donations to cover things like food, immunizations, wellness checks at the veterinarian, licensing, supplies, etc. Anything that exceeds those donations is paid for by Walt. If you are interested in donating to this fund, please contact the Fire Department during regular business hours at (702) 293-5597 or via email HERE.

Ryno has proven to be a real benefit to the department and is loved by his coworkers at the station. He is on hand to play ball with them, offering to be petted, and to receive bananas and blueberries from the ladies in the front office. He takes his job seriously and continues to learn more about being a therapy dog everyday. Ryno does not go out on service calls, but instead stays safely in his room until everyone comes back to the station, where he greets them eagerly. He accompanies his coworkers to events like Fire Safety Day at local schools and frequently visits Boulder City Hospital. Ryno is also part of the first generation of specially-trained therapy dogs in the country.

In addition to Ryno, the BCFD has also developed a Peer Support Program that helps the staff manage their stress levels appropriately. This is in addition to the Employee Assistance Program (EAP) offered by the city. The Peer Support Program is helpful because participants can speak to others who understand their experiences and can make sure they are given the necessary support and help from other resources.

During his free time, Ryno enjoys playing with stuffed bunnies, swimming in the family pool, making TikTok videos HERE and hanging out with his family. We wish this good boy much happiness as he continues his career with BCFD. 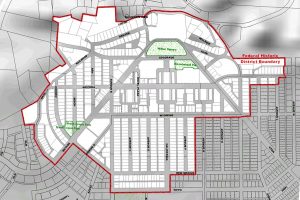 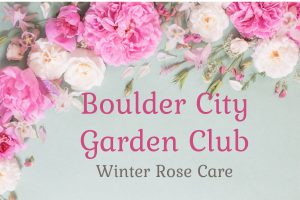 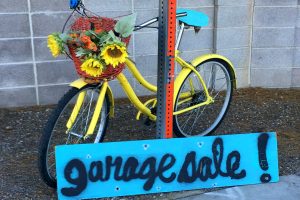 How to Have a Successful Yard Sale

Do you have an extensive... END_OF_DOCUMENT_TOKEN_TO_BE_REPLACED 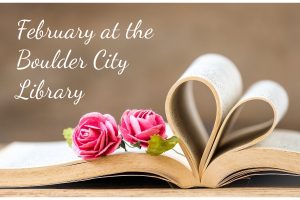 February Events at the Library

The Boulder City Library has... END_OF_DOCUMENT_TOKEN_TO_BE_REPLACED 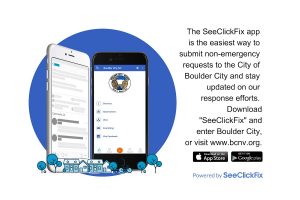 The City of Boulder City offers a... END_OF_DOCUMENT_TOKEN_TO_BE_REPLACED 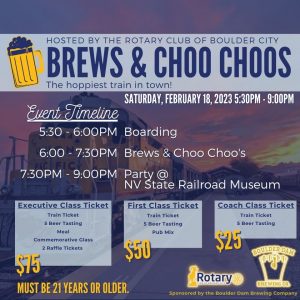 All Aboard for Brews and Choo Choos 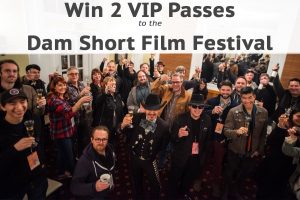 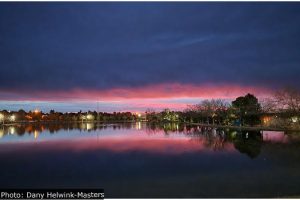 Today’s Fan Photo is a... END_OF_DOCUMENT_TOKEN_TO_BE_REPLACED 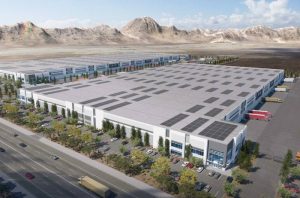 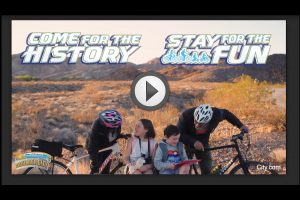 The Boulder City Chamber of... END_OF_DOCUMENT_TOKEN_TO_BE_REPLACED 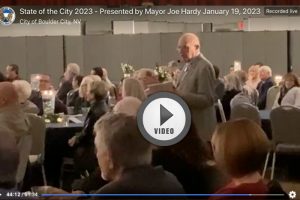 Together We Serve: State of the City Recap 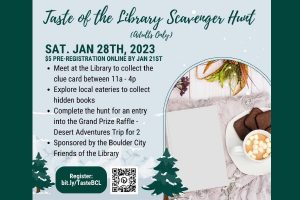 Taste of the Library Scavenger Hunt Begins next Weekend!

The Friends of the Library invite... END_OF_DOCUMENT_TOKEN_TO_BE_REPLACED 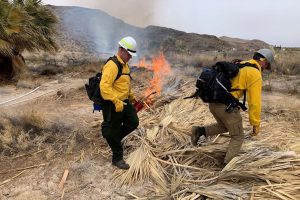 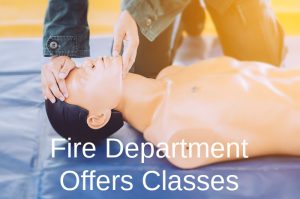 City residents are lucky to have... END_OF_DOCUMENT_TOKEN_TO_BE_REPLACED 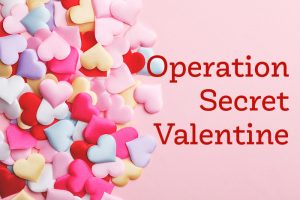 The Railroad Pass Hotel and Casino will be hosting a football party on Sunday, February... END_OF_DOCUMENT_TOKEN_TO_BE_REPLACED

Sage Boutique and Gifts will be the site of Yappy Hour for animal lovers and pet... END_OF_DOCUMENT_TOKEN_TO_BE_REPLACED

Our friends and partner advertiser at Railroad Pass is thrilled to announce new entrees,... END_OF_DOCUMENT_TOKEN_TO_BE_REPLACED

Come meet a wide variety of businesses that server Boulder City at the Boulder Business... END_OF_DOCUMENT_TOKEN_TO_BE_REPLACED

Sign up for the Player’s Junction this week at Railroad Pass and you’ll get... END_OF_DOCUMENT_TOKEN_TO_BE_REPLACED