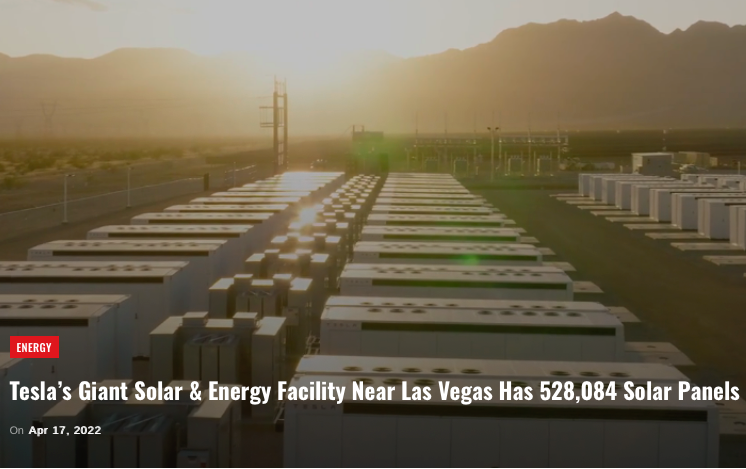 Which is a cheaper source of electric power – hydroelectric or solar? For now, the answer is still hydroelectric.

This story broke a few days ago on both the Tesla.com website as well as a number of other sources, sharing that Tesla funded this new facility recently completed in Boulder City by a joint project between the Arevon and Rosendin solar construction companies. It boasts 528,084 solar panels capable of generating 500,000 MWh of electricity per year. This is enough power to provide 60,000 homes with energy that would normally create 400,000 tons of carbon dioxide emissions annual, according to this article on Solar Insider.

We’re all very much aware of the solar fields out in the Eldorado Valley dry lake bed area, and we certainly enjoy lower taxes because of the lease revenue the City gains from these contracts. But there is something a bit different about this project, even without the star-power Tesla name. Normally all of the electricity that is generated by these solar fields joins the grid that runs from the dam and is sent to California.

However, according to the white paper below, “the City has committed to purchase five megawatts of energy each month at $39.95 per megawatt hour. The site holds a nameplate capacity of 232 Megawatts of AC power and 90 MWac energy storage, all of which goes to the Mead Substation for transmission and distribution.” That is about 10% of our electricity needs currently. This agreement is in place now for the next 30 years.

But this got me thinking about the larger question of our power and solar and the costs in general. Residents have long expressed some frustration about the fact that the power generated from the Eldorado Valley doesn’t go to us. But in talking to a few folks at the City I was steered to a White Paper that they produced some time ago, which explains why we buy our power currently, and always have, directly from the dam rather than from these solar fields – it’s CHEAPER.

A good friend of ours at the City worked hard these past few days to get all of this information updated for us here, and we really invite you to read it to help us all understand better the current costs of our power, it’s sources, and what may be changing in the years to come. (Please note, that the costs listed below do fluctuate, so these are accurate as of this week in April, 2022) As follows:

Boulder City receives most of its power from renewable hydroelectric sources (Hoover Dam and Glen Canyon Dam on Lake Powell). The average rate of this power is estimated at $30.47 per megawatt hour (MWh) for FY 2023. Boulder City power use ranges from approximately 22 megawatts (MW) of power in cooler months, to about 50 MW on a peak summer day.

Boulder City leases parcels of City land in the Eldorado Valley for solar development. Since January 2022 (when the Townsite Solar plant started generating power) the City has committed to purchase five megawatts of energy each month at $39.95 per megawatt hour. The site holds a nameplate capacity of 232 Megawatts of AC power and 90 MWac energy storage, all of which goes to the Mead Substation for transmission and distribution.

The City is also a member of the Silver State Energy Association. Silver State schedules power purchases and delivery for Boulder City as well as for other entities in Southern Nevada. The Association monitors demands to ensure that Boulder City always has power when needed, including when a spot power purchase is necessary. Some contracts cover the eight-month period, others shorter periods to cover the warmer months when power demands are higher. These sources qualify as firm power.

Why Boulder City Isn’t Fully Reliant on Solar… yet
Solar power is still more expensive than hydroelectric power. Energy experts caution that the drought could impact costs in coming years. Federal regulations for small municipal utilities (such as Boulder City) require that the utility must be able to provide all power that is needed by all customers at all times, regardless of weather conditions or environmental factors.

Traditional solar power is still considered an intermittent power source. Production only occurs when sunshine is optimal. No power is produced at night, and cloudy skies, rain, wind or snow can impact production. Solar energy producers are working with energy storage research companies to develop battery storage for solar power. More solar plants are utilizing battery storage as part of their portfolio, but it is still in early stages. Traditional solar power can only be used when a firm power source is also available.

Federal regulations would require the City hold a contract for a firm power source to provide power immediately when solar power is no longer being generated. This type of power supply is called spinning reserve. It would require the City to pay a power generation plant to produce power continuously and deliver it immediately when the intermittent power source (solar) stops generating power, like at night or on cloudy days. The plant must keep power available at all times, whether the City uses it or not, and the City cannot sell the power to another source. Due to the regulations, the City would be paying for power twice – once for the solar power and once for the spinning reserve power. Spinning reserves often cost more than traditional power contracts.

How is Boulder City’s Electric Utility Different from Public Utilities

Publicly traded utilities own land and assets that generate revenues, which can offset charges to ratepayers. They build substations and other power delivery facilities to minimize delivery costs and sell excess generated power to other utilities. Publicly traded utilities often use land they don’t own for installation of power poles, water pipes, gas pipes, etc. Municipalities can charge a franchise fee to these companies for use of the rights-of-way.

The Boulder City Electric Utility does not own any lands at all and uses plots of City-owned land free of charge for substations. No franchise fee is charged for use of city-owned rights-of-way to deliver power to its ratepayers. This is one reason the City’s electricity rates are among the lowest in Nevada. 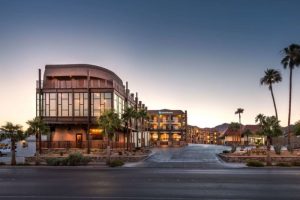 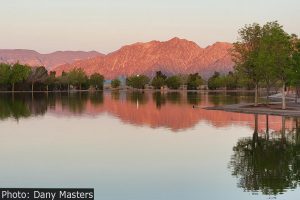 This week’s Fan Photo is by... END_OF_DOCUMENT_TOKEN_TO_BE_REPLACED 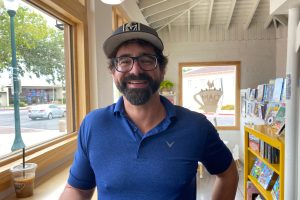 Justin Connell is something of a... END_OF_DOCUMENT_TOKEN_TO_BE_REPLACED 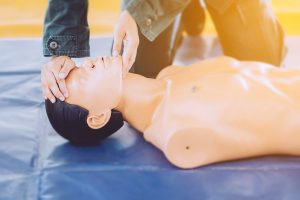 *** UPDATED TO INCLUDE ADDITIONAL... END_OF_DOCUMENT_TOKEN_TO_BE_REPLACED 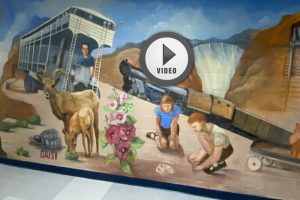 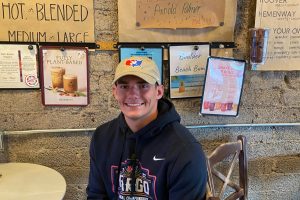 Hunter Moore is a champion. That... END_OF_DOCUMENT_TOKEN_TO_BE_REPLACED 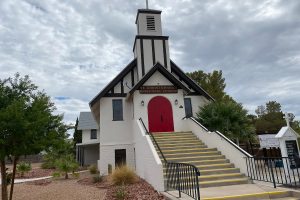 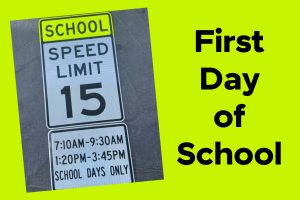 Well, we can’t believe it... END_OF_DOCUMENT_TOKEN_TO_BE_REPLACED 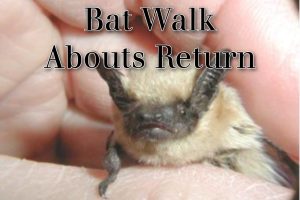 The Nevada Department of Wildlife... END_OF_DOCUMENT_TOKEN_TO_BE_REPLACED 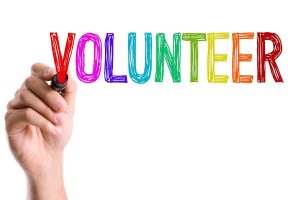 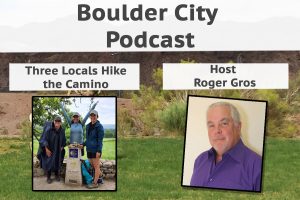 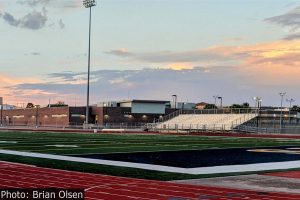 It’s almost time for the... END_OF_DOCUMENT_TOKEN_TO_BE_REPLACED 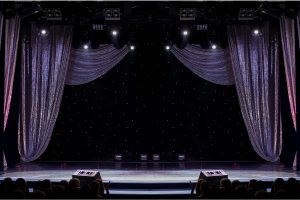 Tickets for this year’s... END_OF_DOCUMENT_TOKEN_TO_BE_REPLACED 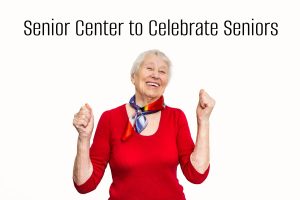 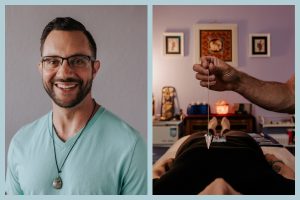 My 4 Sons Comics Cards and Games are pleased to announce Trade Night on Sunday, July 24... END_OF_DOCUMENT_TOKEN_TO_BE_REPLACED

Joy Rudd of Choose Joy dōTERRA has several wonderful specials for the month of July. You... END_OF_DOCUMENT_TOKEN_TO_BE_REPLACED

TODAY, Tuesday July 5th is the 10 Year Anniversary for Vinny’s Pizza! And to... END_OF_DOCUMENT_TOKEN_TO_BE_REPLACED