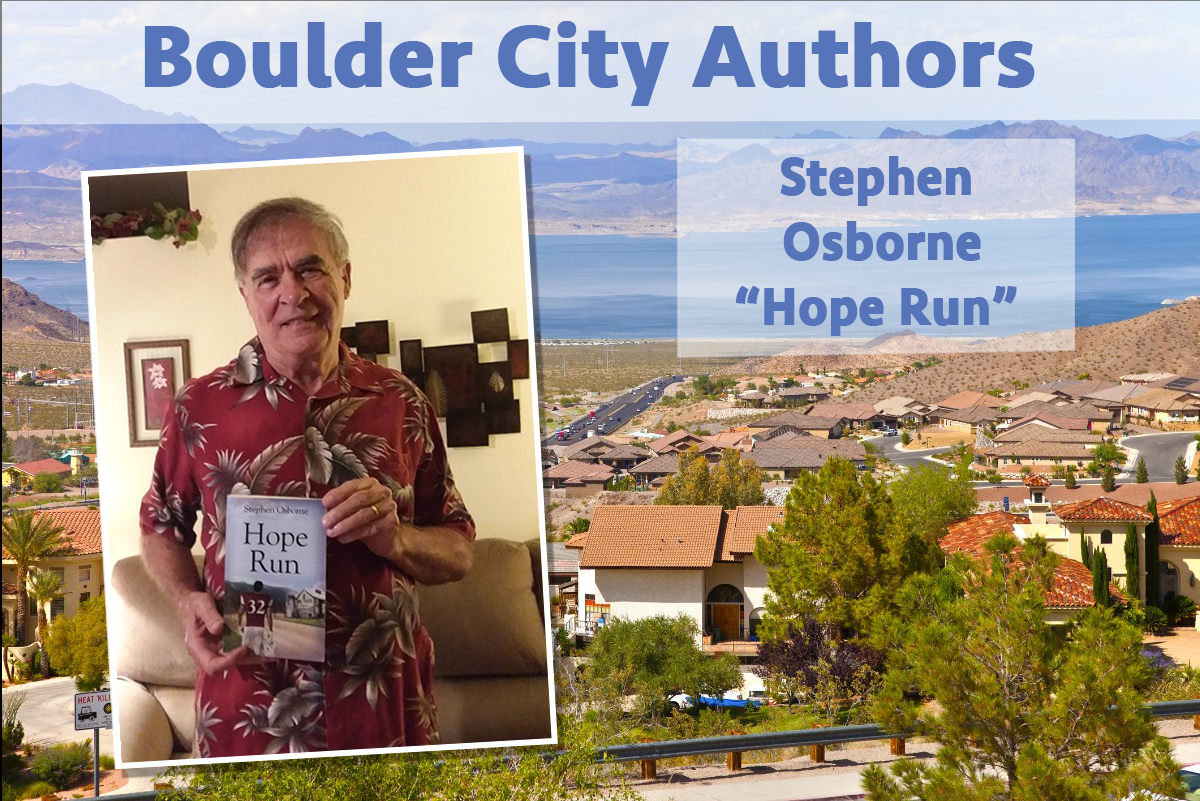 In this next installment of our Local Authors Series we’re talking to Steve Osborne. In case you’ve missed what we’re up to here, we’ve learned that there are nearly two dozen authors locally here in town. But, there doesn’t really seem to be a way to easily find the books they’ve written or any local source for them to promote their work. However, this coming Saturday, September 15th from 1-3pm there will be a Local Author Fair at the Boulder City Library. We created this series to share the authors stories and to let all of you – perspective readers – get to hear about their works. (If you’ve missed either of our previous columns, we’ve got links for you at the bottom of this page.)

I’m a seventy-three years old Vietnam era veteran of the U.S. Marine Corps. Elementary Education major at the University of Missouri, St. Louis. Never taught school. Spent forty-two years working in, managing, and owning bowling centers. I also spent twenty years as a member of the Professional Bowlers Association. My wife, Chris, and I owned Boulder Bowl, right here in Boulder City from 2002 to 2012. I retired; she now works at the Boulder City Library. We have three sons and six grandchildren.

Hope Run is a novel I published through Booklocker in 2016. It is available there as well as Amazon and Barnes and Noble.com., as a paperback and as an e-book.

It is the fictional account of a high school football star (It’s not a football story). It takes place in the early 1960’s in southern Ohio, near Portsmouth, where I grew up.

Mike is the star of the football team as well as the ‘Pied Piper’ of his high school. A budding romantic relationship with Mary, the local farm girl, is interrupted by two transfer students – Tony, the new quarterback, and Norma, a girl with a questionable reputation. A love rectangle leads to betrayal, murder and family tragedy.

Overwhelmed by guilt and looking for redemption, Mike and Norma embark on a road trip to the west coast – he, to look up the man who might be his real father, and she, seeking to reconnect with the father who deserted her.

I have also completed a new novel called Hollywood Marine, based on some real and imagined events that occurred during my time in the Marines. I’m in the process of pitching it to a conventional publishing house.

Though Hope Run is fiction, it is based on some real events – some of which happened to me. Over the years, I mulled over the story over in my head, but what with working long hours and raising a family, I never felt that I had the time to do justice to it. Since my retirement in 2012, I have found plenty of time. It took three years and half a dozen re-writes, but I think I got it right.

Primarily, I want them to be entertained. For teenagers, it could help them understand that seemingly innocent actions can lead to serious, sometimes deadly consequences. For older people, it’s more of a nostalgia piece with places, events, and song titles from the time period.

Some readers may be familiar with Portsmouth, Ohio. It is part of Appalachia and is considered by many to be the epicenter of the opioid crisis. HOPE RUN paints a picture of what the area was like in the fifties and sixties before anyone ever heard of opioids.

Published through Booklocker in 2016.

No specific events come to mind. Just remembrance of my childhood. I’ve always had an interest in English composition, as well as literature. And, I read a lot.

No formal classes. I attended the Las Vegas Writers Conference this past spring, where I attended numerous classes, there, and pitched Hope Run as well as my new novel, Hollywood Marine, to several literary agents.

We bought Boulder Bowl in 2002 but didn’t move here until 2003. For us, it’s an ideal situation – small town living but thirty minutes from the entertainment capital of the world.

Valentine's Day will be here before you know it...are you listening … END_OF_DOCUMENT_TOKEN_TO_BE_REPLACED

If you have an estate, and want to know the rules, regulations and tax benefits … END_OF_DOCUMENT_TOKEN_TO_BE_REPLACED

Come in and get the Fudge of the Month for January - which is Chocolate Mint. … END_OF_DOCUMENT_TOKEN_TO_BE_REPLACED

This month's specials at the Bighorn Cafe: Salisbury Burger with all the … END_OF_DOCUMENT_TOKEN_TO_BE_REPLACED

For the month of January, you can join Snap Fitness for just .20 cents! That's … END_OF_DOCUMENT_TOKEN_TO_BE_REPLACED