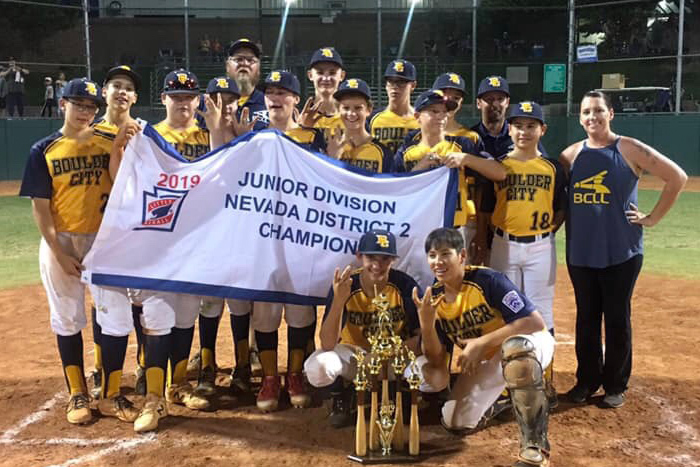 That’s right! Boulder City is the host of the Nevada State Little League Tournament – and our kids get to play too! (Above, they are pictured after their win in Henderson, qualifying them for this tournament.)

The tournament runs July 17-21 at Veterans Memorial Park with the Opening Ceremonies at 6pm on Wednesday, July 17th.

The Boulder City team plays July 18th at 7:30pm on the Shane Patton Field (Veterans Memorial #2). And wouldn’t it be great for them to have a large home town crowd cheering them on?!?

The tournament is double-elimination style play, so depending on their win/loss above, will determine the next game for the Boulder City Little League (BCLL) team.

The Nevada State Little League Tournament features 15 teams from all over the state of Nevada, and four age brackets with kids ranging in ages 9-14 years old. Our team is in the oldest group of 13-14 year olds.

The winner of this Tournament moves on to the next level of Regional competition to be held in San Bernardino, which eventually advances toward the National Little League World Series.

Let’s go show these youths some local Boulder City support and go take in a game. We’ll hope to see you all there! 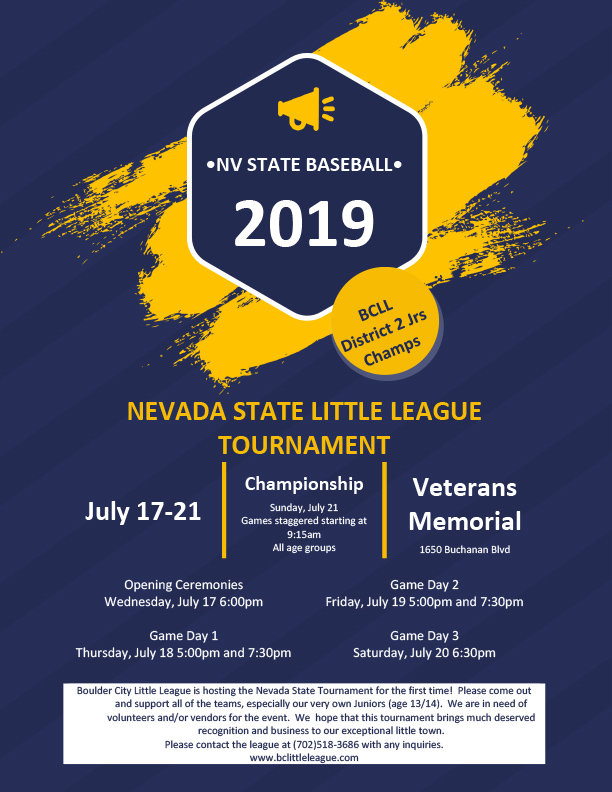 This Thursday, July 16th at 6pm, get a little online retail therapy with Bloom's … END_OF_DOCUMENT_TOKEN_TO_BE_REPLACED

Volunteer's are the heart of Lend A Hand! Did you know that driving for Lend … END_OF_DOCUMENT_TOKEN_TO_BE_REPLACED