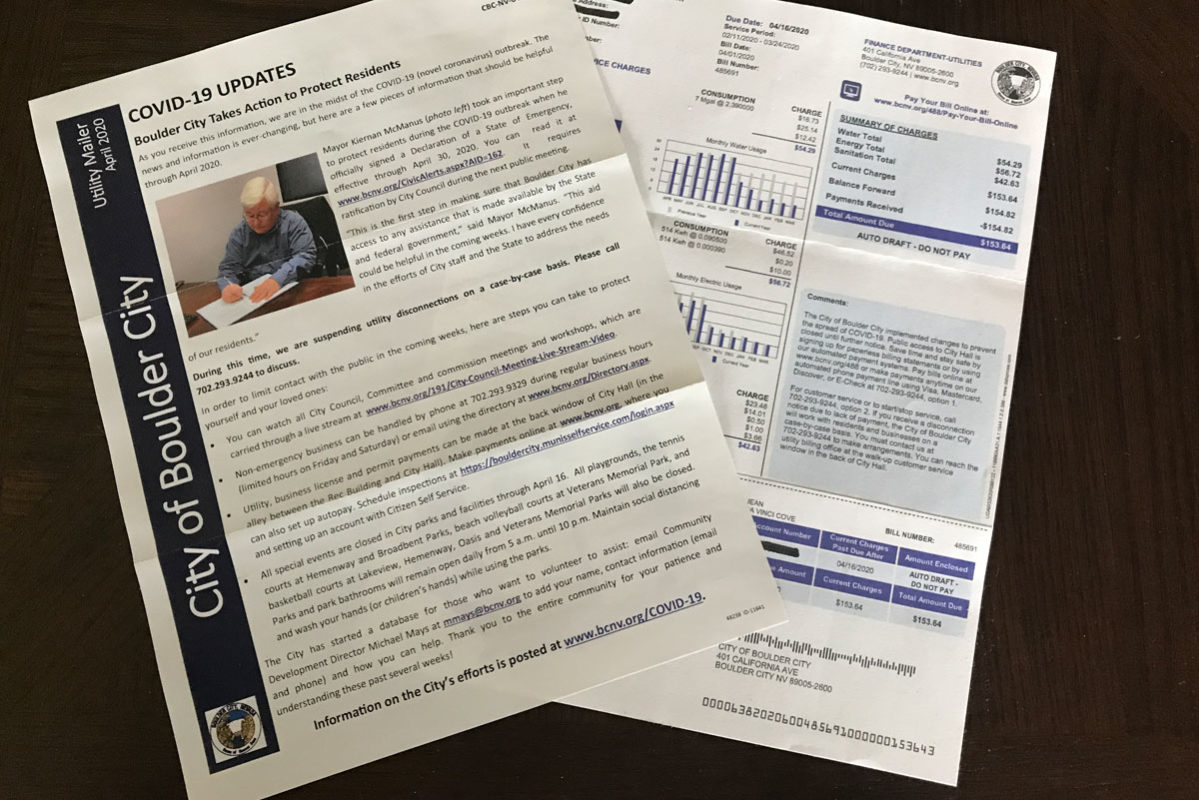 By now, most of you have received not one, but two of the new Utility Bill mailings. We actually had this story ready to go for a while, but with the greater need to keep pace with everything that’s been happening with the coronavirus, it just kept getting pushed down the schedule.

But let’s revisit this, shall we?

Sometime in mid to late February the news came out that the City’s Utility Bill would change its ‘look and feel’ with some updated new data for us all. (I fear change!) Also announced was that they were going to need to figure out how and if they would be able to include the additional mailer insert from the City, which they use to pack full of useful announcements and news about events in town.

So, this got our noggins wondering for the reasons for the change, and to understand the why’s and what’s of how this would be sorted out. We reached out to the City’s Communications Manager, Lisa LaPlante with a few questions, and here is the rundown on all of that for you below.

In the past, our billing, including the insert, was being done by Wells Fargo, but they informed the City that come March 2020, they would no longer be able to provide that service. So, the City found a new company called DataProse. Costs as follows:

**There is some savings in the fact that Wells Fargo required the City maintain funds in a non-interest bearing account, which will not be needed with the new vendor.

(Bottom line, it sounds like Wells Fargo wanted out of the printing and billing business, and was doing this on the cheap, and the City had to pivot. But that’s just our opinion…)

So then, what about the insert?

It really matters to some folks who maybe don’t have access to regular media, but do always get their mail and utility bill. It is viewed by many as a valuable communication tool, and many were upset at the initial announcement that it may be dropped while they examine the costs, or published less prevalently than in the past.

The cost from DataProse for the insert is quoted at an additional cost of $723-$1250 per month to the City to provide that service (printing, stuffing depending on 1 or 2 sided, color or black and white) The City has been reviewing how to potentially lower those costs and/or reduce the frequency of the mailer.

The City Council has been aware of the situation from the onset, and have shared their thoughts with city staff.

The new mailer does give a whole lot of interesting and very well laid out data that our old mailings didn’t provide, so that is a big win. And for now, as most of you have noticed, for the past two months we’ve all received a two-sided color insert along with our bills.

We hope this was a useful dose of information to help you understand the reasons for the change!

Remember how Chilly Jilly's first started? In that tiny little location across … END_OF_DOCUMENT_TOKEN_TO_BE_REPLACED

In an effort to help folks who may not feel safe venturing to the grocery store, … END_OF_DOCUMENT_TOKEN_TO_BE_REPLACED

We are celebrating Mother's Day and showcasing lots of items for gifts. Purses, … END_OF_DOCUMENT_TOKEN_TO_BE_REPLACED