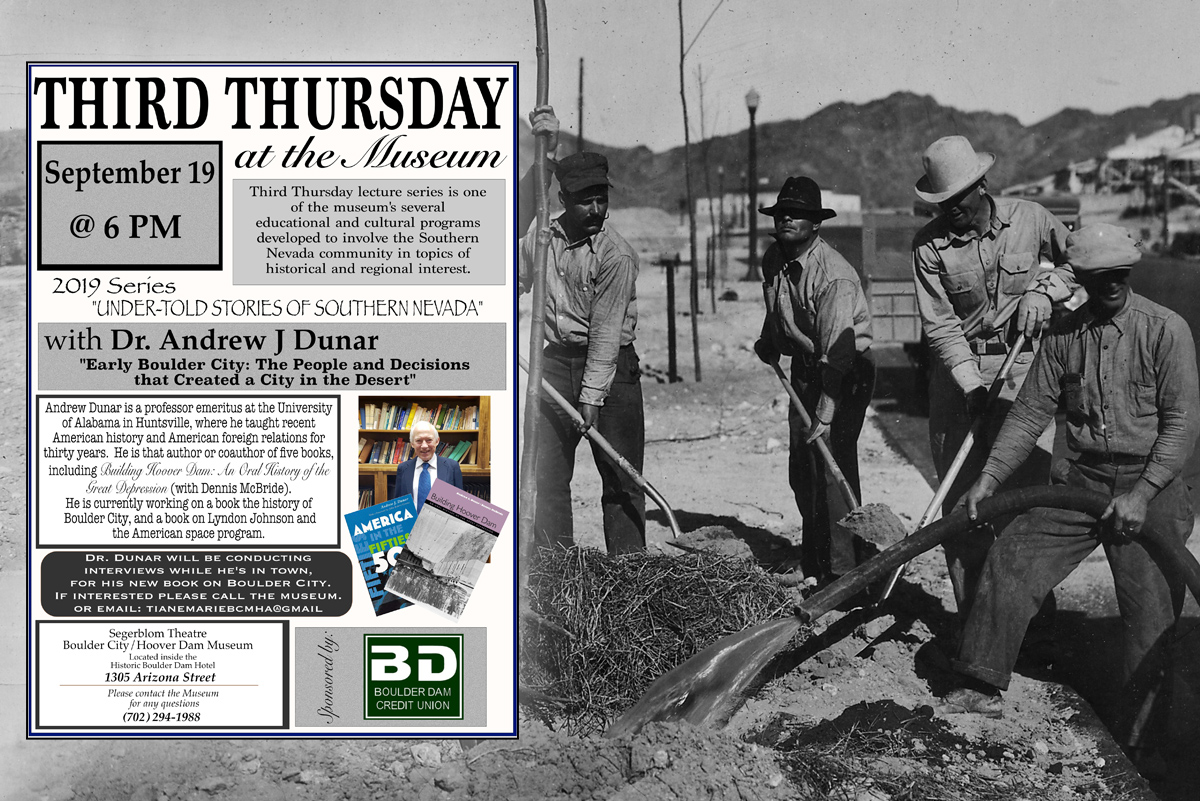 Next Thursday, September 19th at 6pm the Third Thursday at the Museum lecture series begins again, held at the Hoover Dam Museum inside the Boulder Dam Hotel.

This month, you’ll hear from Dr. Andrew J. Dunar who is writing a book on the history of Boulder City, and this talk will be on “Early Boulder City: The People and Decisions that Created a City in the Desert”.

What’s also very cool, is that he will be conducting interviews while he is in town for research on his new book. If you’re interested, or know someone who might be, email the Museum Manager, Taine Marie at tianemariebcmha@gmail.com.

According to Tiane Marie, “It is one of our association’s several educational and cultural programs developed to involve the Southern Nevada community in topics of historical and regional interest. The 2019 series theme is “Under-Told Stories of Southern Nevada”.

This Thursday, July 16th at 6pm, get a little online retail therapy with Bloom's … END_OF_DOCUMENT_TOKEN_TO_BE_REPLACED

Volunteer's are the heart of Lend A Hand! Did you know that driving for Lend … END_OF_DOCUMENT_TOKEN_TO_BE_REPLACED